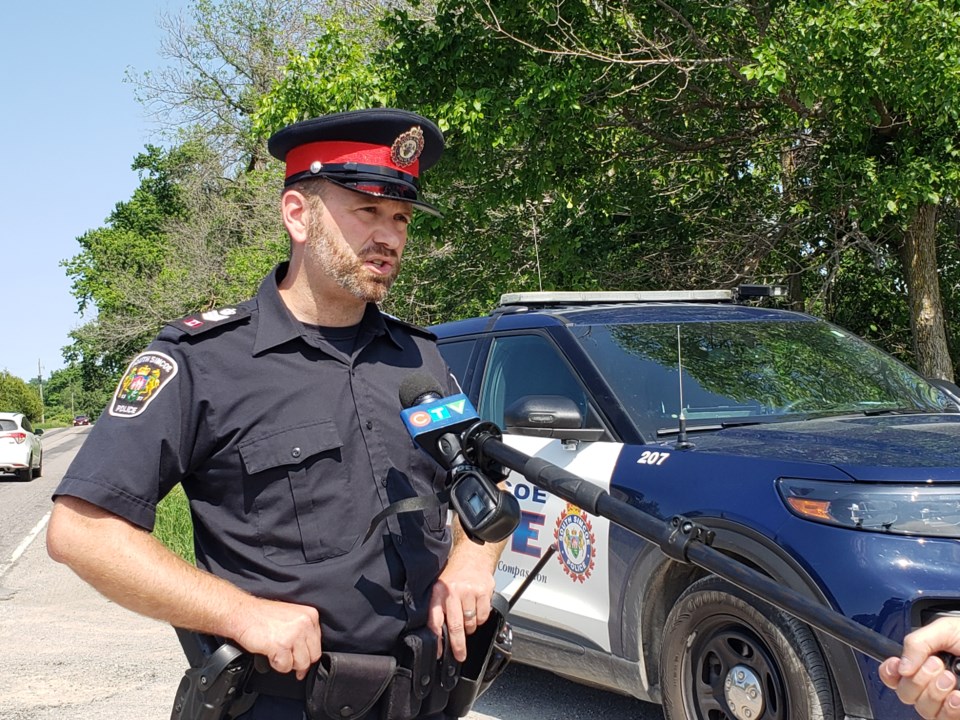 South Simcoe Police are able to confirm that one person has been declared deceased as a result of this event.

Police are working in conjunction with the Coroners Office to determine the cause of the incident.

Police have learned the skydiving club plane took off with four skydivers on board.  All the skydivers jumped from the plane as planned. The deceased male was separated from the others during the dive.

When the deceased could not be located, emergency services were contacted.

A search of the general area located the male in a field nearby.

The deceased is a 28-year-old Toronto man.

Next of kin have been notified.

His name is not being released at this time.

Officers from the South Simcoe Police Criminal Investigation Bureau, Traffic & Marine Services, and Uniform Patrol have all been involved in the investigation.

In statement issued by Skydive Toronto Inc., operations manager Jason Chow said, "The staff at Skydive Toronto are immensely saddened to confirm the passing of an experienced skydiver at our facility today. After five decades of focusing on safety, we still lost one of our own. Our hearts are broken by this tragic event.

"We are assisting all authorities with their investigation into this accident. As such, it would be inappropriate for us to comment on any facts or opinions at this time. Our thoughts and prayers go out to the family, friends and those in grief from this occurrence."

A man in his mid 20s is dead after a skydiving accident in Innisfil Thursday afternoon.

South Simcoe Police were called to the scene at 10th Sideroad near 4th Line just after noon for a report of missing skydiver.

The victim's body was located shortly after in a nearby farm field.

"Right now we are in the very early stages of the investigation," said Staff Sgt. Phillips. "Our goal here is to determine what happened."

He was unable to provide details as to the elevation of the aircraft, and whether the skydiver was a student or an experienced jumper, at this time, but would only indicate that investigation is ongoing and that police hope to release information on the cause at a later date.

Skydive Toronto will be issuing a statement later this evening with more information.