It's the dog days all year on this calendar

The OPP 2019 Canine Calendar raises money for the OPP Youth Foundation and Friends of the OPP Museum
0
Dec 18, 2018 12:00 PM By: NewmarketToday Staff 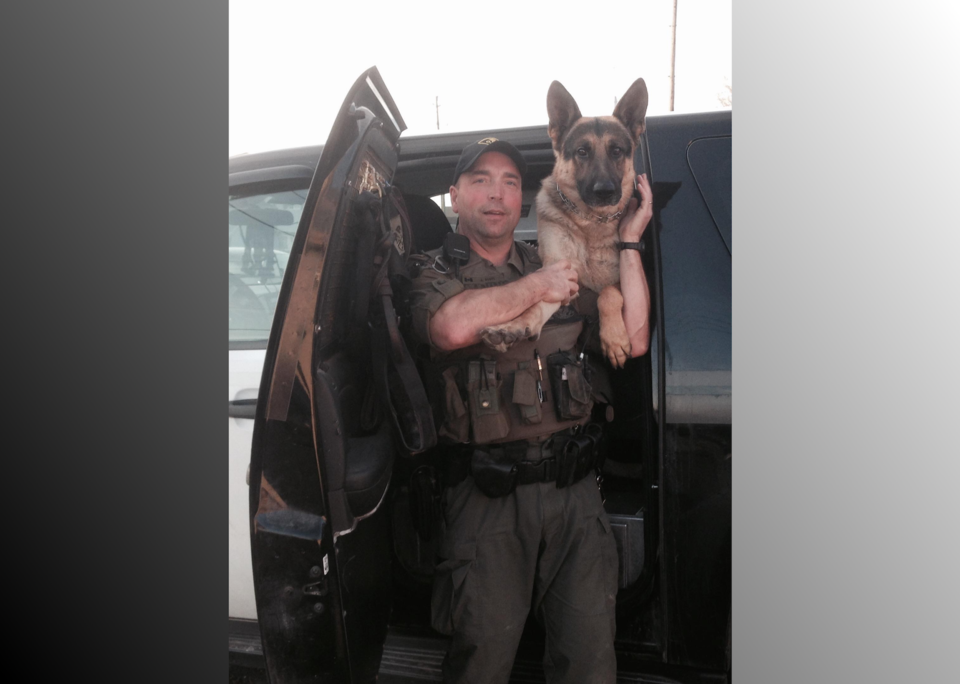 In addition to these duties, the OPP Canine Unit has created the 2019 Canine Calendar to raise money for the OPP Youth Foundation and the Friends of The OPP Museum. Each month of the calendar features OPP canines from across the province. Funds raised from the sale of the 2018 OPP Canine Calendar totalled more than $28,000.

The 2019 OPP Canine Calendars make a great gift. Each calendar costs $10, with all proceeds going to the OPP Youth Foundation and the Friends of The OPP Museum. Calendars can be purchased here.

To demonstrate the type of work the dogs featured in the calendar do, below is a story about Jake, a canine featured during the month of June:

Life as an Ontario Provincial Police (OPP) canine handler is unpredictable — you never know what the day has in store.

In October 2018, Constable Jeff Scott and his German shepherd partner, Jake, were dispatched to a call about a missing elderly man with Parkinson's disease. The man had left his home around 8:30 p.m. and didn't return. Worried, the man's two housemates called the police at 4 a.m. to ask for help. The last place the man was seen was the end of his driveway.

When Jake, Constable Scott and a member of the OPP's Emergency Response Team (ERT) arrived at the man's house, they began surveying the area and immediately began their search. They started on the road outside the man's home and headed into a forested area nearby.

"When we start looking for a missing person, I always start looking in the areas that aren't so nice — places like swamps and bush," says Constable Scott. "I try to cover areas that, if someone was lost, they'd have a hard time getting out of."

"As a handler, you're always watching your dog's behaviour for any recognition of a scent," says Constable Scott. "Oftentimes when you're looking for missing people, it's a very long process. Right away, I noticed that Jake was air scenting."

Air scenting is when the dog picks up the microscopic particles in the air left behind by a human. A human's scent becomes airborne and can be carried by the wind for considerable distances.

"As we worked our way into the wind, I knew that Jake was definitely on to something," says Constable Scott. "I got a view of the direction the scent was coming from, suspecting we were downwind from the person we were tracking."

With this information, the ERT member took a grid of the area to get a sense of where the missing man might be. As the wind got stronger or died off, so too did the man's scent. The team continued through some nasty swamp areas, and finally made it to high ground. When they did, they did a "call out" — a yell to the surrounding area to see if they will get a response.

"Between the two of us, we thought we might have heard something way, way off into the distance," says Scott. "We started off in that direction and again I saw Jake pick up the airborne scent."

After following Jake and the scent for quite some time, Constable Scott decided to do another call out. When he and his ERT partner yelled, they heard something. It was faint, but this time there was no mistaking that it was an answer to their call.

"At this point, we knew we found him — we were so far out in the bush that no one should have been calling back," says Scott. "That's when we really started to holler so he knew help was on its way."

The team went through some more swamp, only to come up onto a ridge. They looked beneath the ridge only to find the missing man had fallen into the swamp below. He had no way to get up.

"We got to him and right away gave him water and made sure he was OK," says Scott. "Once we knew he was all right, we started to work out a plan to get him out of there."

After alerting the command post, Constable Scott and the ERT team member used GPS to guide in a team who brought a collapsible stretcher. Collectively, they returned the man to safety.

"Finding a missing person is quite the feeling," says Constable Scott. "This man was out all night: lost, alone and probably afraid. If we hadn't been able to find him, he wouldn't have made it home to his family. It's an extremely rewarding feeling."

And what was Jake's reaction to all of this? "Jake recognizes our emotions — if we're focused or excited, he picks up on that," says Constable Scott. "In the end, Jake worked hard as he always does, to get his reward. In this case, his reward was lots and lots of praise."

"We are so grateful to the OPP Canine Team who not only save people's lives every day, they are also helping raise money for charity," says Dave Osborne, member of the Board of Directors, Friends of The OPP Museum and the OPP Youth Foundation. "Their dedication helps us support local children and preserve the history of community safety and policing in Ontario."

About the canine unit

The OPP Canine unit was formed in 1965, at which time only three teams were trained to provide support services to all of the OPP and other law enforcement agencies across the province. There are currently 27 teams, each team consisting of a dog and a handler. There are also an additional 16 dogs trained for specific detection duties.

Each team is stationed at strategic points throughout the province, providing canine support for search and rescue, tracking wanted persons, detecting narcotics, searching for cadavers, as well as firearms, explosives and physical evidence. Canine teams are also involved in community service work, fundraising, and public demonstrations.