The three-vehicle collision occurred yesterday on Yonge Street in Bradford
May 17, 2020 1:30 PM By: NewmarketToday Staff 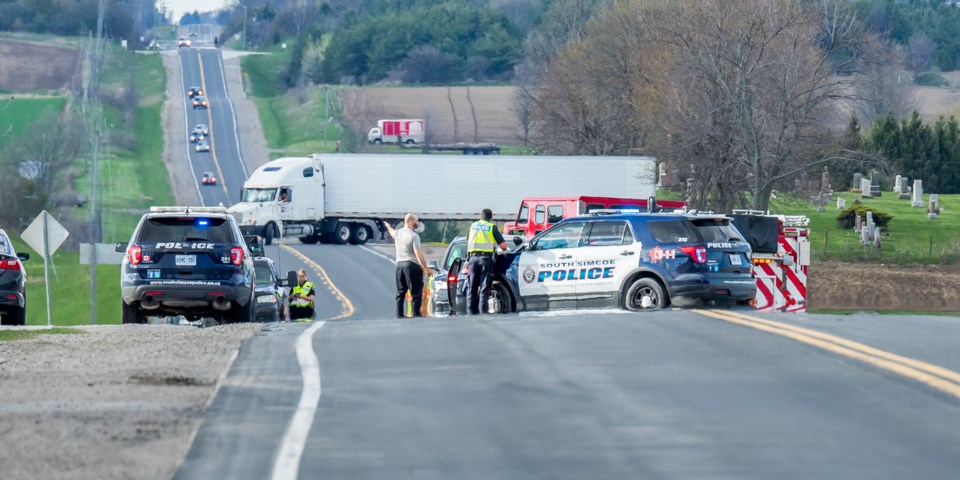 Highway 11 between Lines 9 and 10 was closed for five hours Saturday due to a crash in Bradford. Paul Novosad for BradfordToday

On Saturday, May 16, 2020, around 5:30 p.m., South Simcoe Police Service officers were called to a three-vehicle collision on Yonge Street north of the 9th Line.

The investigation has determined that a white Hyundai Veloster travelling northbound, struck a black Audi SUV travelling southbound.  A secondary collision then occurred involving the white Hyundai and a blue Kawasaki Ninja motorcycle.

The driver of the motorcycle died at the scene. He has been identified as 35-year-old Sean McDonnell of East Gwillimbury.

The collision caused the closure of Yonge Street in Bradford for five hours while Traffic Unit officers conducted an investigation. The road was reopened at 10:40 p.m.