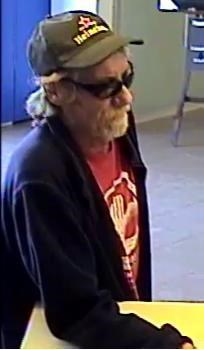 NEWS RELEASE
YORK REGIONAL POLICE
*************************
Investigators with the York Regional Police Hold-Up Unit would like to thank the community for their assistance with identifying a suspect following two bank robberies in the Town of Newmarket.

On Friday, Aug. 16, 2019, at approximately 11:20 a.m., a lone male suspect entered a bank at Davis Drive and Leslie Street and gave the bank employee a note stating he had a weapon and wanted money. The suspect fled from the bank without obtaining any money.

Only a few minutes later, the same suspect entered another nearby bank and committed a robbery in the same way as the first. Again, the suspect fled without obtaining any money.

On Tuesday, Sept. 10, 2019, the suspect was identified and placed under arrest.

Charged is Patrick O’Connor, 57, Town of Georgina with:

Mr. O’Connor Will be appearing in the Ontario Court of Justice in Newmarket on Wednesday, Sept. 11, 2019, for a bail hearing.