Motorists encountered major delays this morning near Canal Road as crews removed a tanker truck from the ditch
Jan 11, 2021 11:33 AM By: NewmarketToday Staff 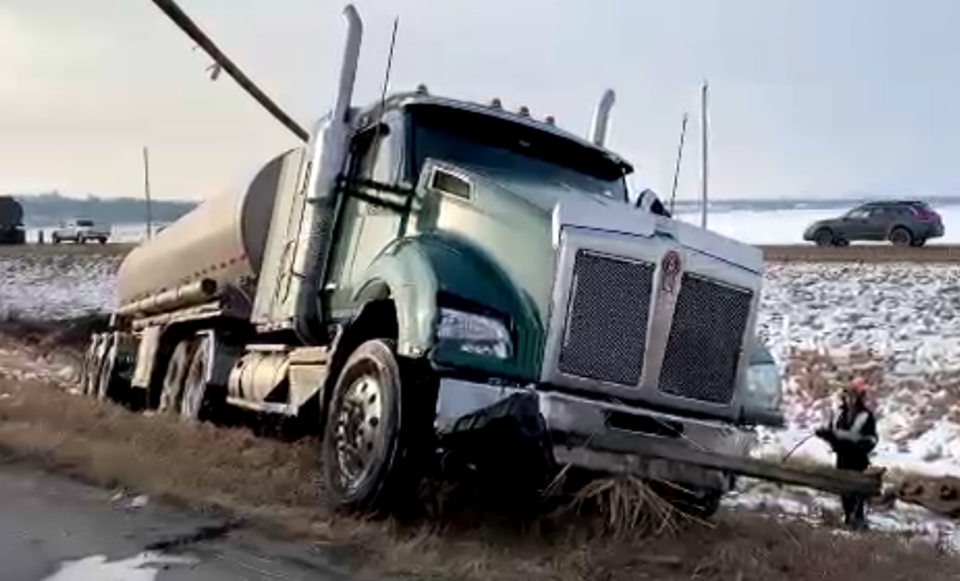 This screenshot from an OPP Twitter video shows crews remove a tanker truck from a ditch alongside Highway 400 near Canal Road this morning. OPP Twitter

Motorists encountered "major delays" this morning on Highway 400 near Canal Road as crews removed a tanker truck from the ditch.

"Last night, we had a fuel tanker collide with another pickup truck," OPP Sgt. Kerry Schmidt said in a video posted to Twitter today at about 9:30 a.m.

The driver of the pickup truck has been charged with careless driving following the highway collision between Canal Road and Highway 89.

The driver of the tanker lost control and went into the ditch where the truck, loaded with diesel fuel, rolled, Schmidt said.

Because the truck came to rest on its side, the sergeant said crews were unable to pull it out. The trailers had to be offloaded before it could be pulled from the ditch. Holes were also drilled into the tanker to remove the contents.

Around 9:30 a.m., police had two northbound lanes and one southbound lane blocked, causing "major congestion" along the highway.

"We'll be a few hours here at the scene," said Schmidt, who advised people to get off Highway 400 at Highway 9 if they are northbound or Line 5 if they are southbound.

No serious injuries were reported from the crash.