The woman was transferred to a Toronto trauma centre with serious, non-life-threatening injuries after being struck on Holland Street West by drivers that fled the scene
Jan 23, 2021 8:30 PM By: BradfordToday Staff 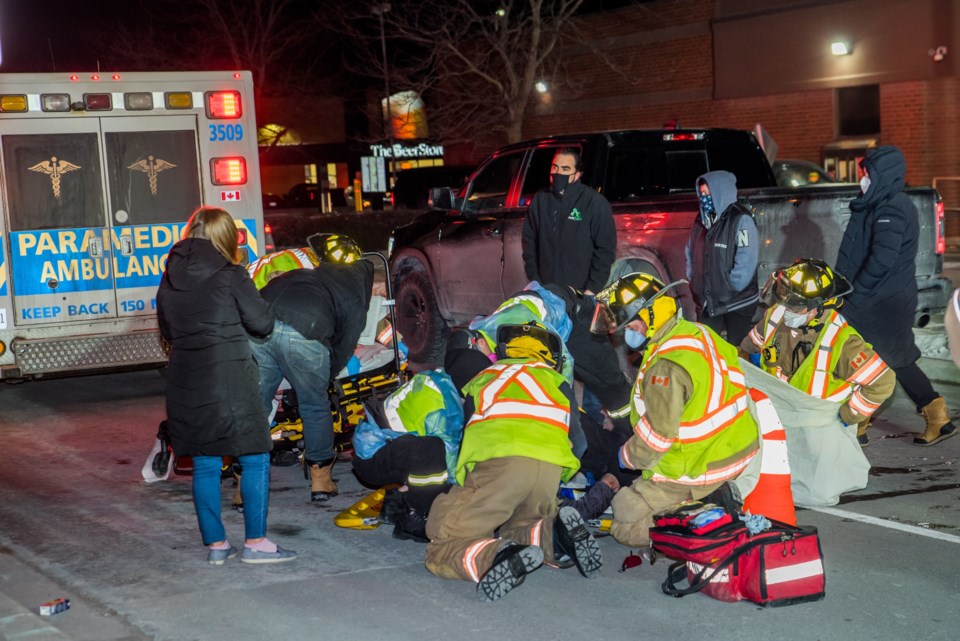 First responders attend to a woman who, witnesses say, was struck by two vehicles that fled the scene.Paul Novosad for BradfordToday

The victim was transported to a local hospital with serious, non-life-threatening injuries and has subsequently been transferred to a Toronto trauma centre.

Police are appealing to witnesses or anyone with security camera and/or dash cam video to contact Det. Sgt. Kai Johnson at 905-775-3311, 705-436-2141, email kai.johnson@southsimcoepolice.ca or contact Crime Stoppers.