The suspect was last seen fleeing the Yonge and Wellington area with a firearm yesterday
Jun 13, 2019 3:29 PM By: NewmarketToday Staff 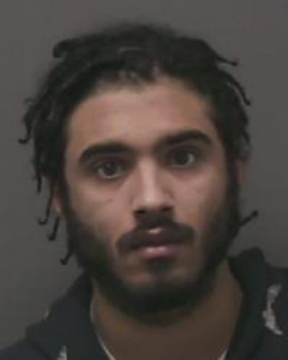 NEWS RELEASE
YORK REGIONAL POLICE
*************************
Investigators with the York Regional Police High Risk Offenders Unit are seeking public assistance to locate a man believed to be armed and dangerous, who is wanted on a warrant for several offences after an incident in the Town of Aurora.

On Wednesday, June 12, 2019, at approximately 4 p.m., York Regional Police responded to a residence in the area of Wellington Street and Yonge Street for a weapons call. Officers learned that a male suspect, known to the victim, attended the residence and knocked on the door. When the victim began to open the door, the suspect assaulted her and forced his way in. The suspect pointed a firearm at the victim and made a number of threats while demanding cash. The suspect fled the scene armed with a firearm and police have not been able to locate him. Fortunately, the victim was not seriously injured.

A warrant has been issued for the arrest of the suspect. He is urged to obtain legal counsel and turn himself in.

The suspect is considered armed dangerous and should not be approached. If you see him, or have any information on his whereabouts, call police immediately.