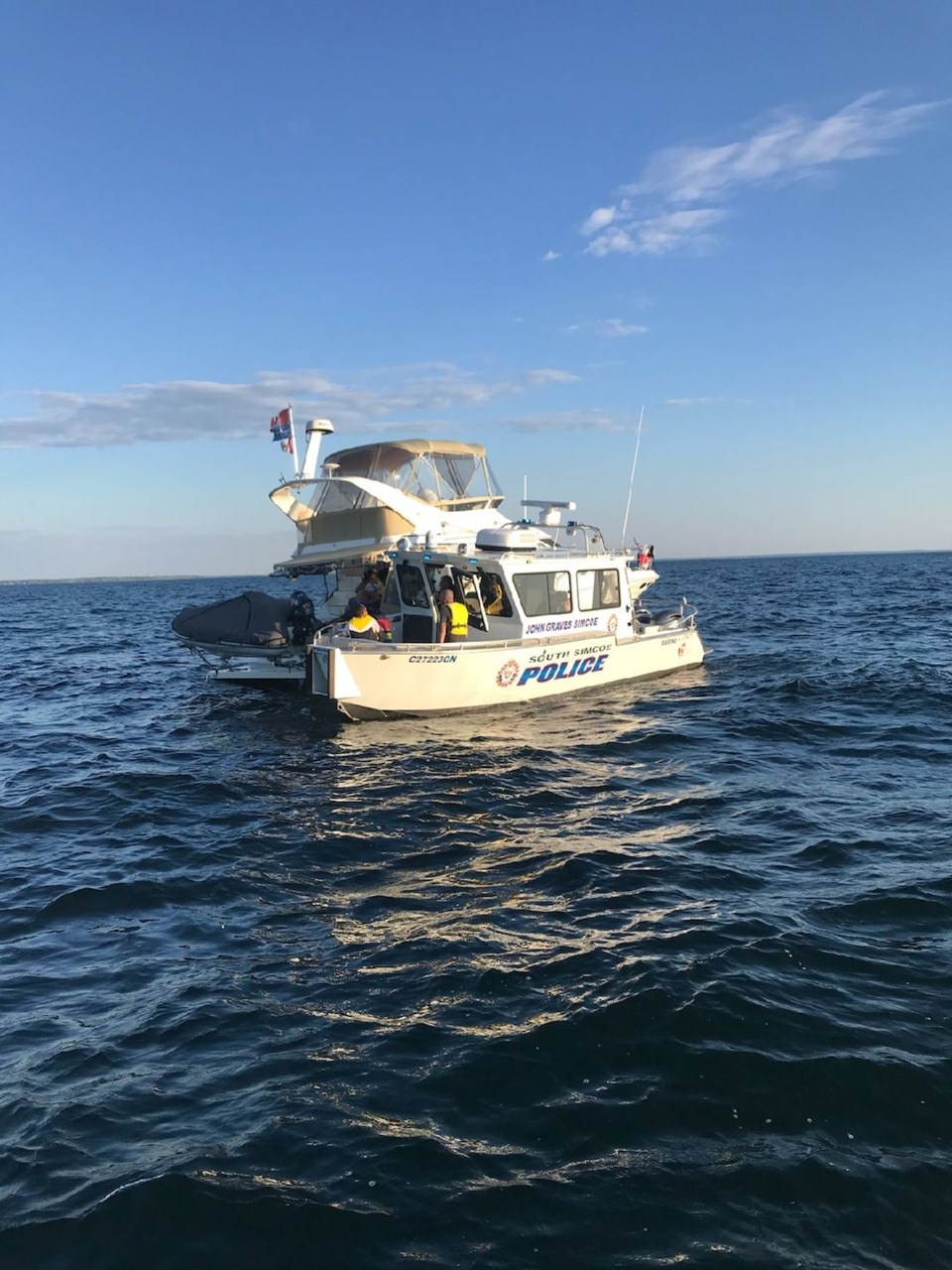 The South Simcoe Police Marine Unit teamed up with some Good Samaritans to rescue nine people after a boat sank in Lake Simcoe.

On Sunday, June 28. 2020, around 7 p.m., officers in Marine 1 responded to a call for persons overboard and in distress in Lake Simcoe. Marine units from York Regional Police, Barrie Police, the Ontario Provincial Police and Rama Fire and Rescue Services all joined the search.

Officers on Marine 1 located the scene, where a civilian vessel was attempting to board a person from the water and several other people were trying to swim toward the civilians' boat.

Police immediately began to pull one person at a time out of the water and with the help of the Good Samaritans, a total of nine, very cold people ranging in age from 20 to 45 were rescued.

The group had been in the water for over an hour. They were transported to shore aboard Marine 1 where they were all cleared medically by paramedics.

Police learned that the owner of the vessel had launched his 25-foot bowrider at the Barrie Marina several hours earlier. The man ran into engine trouble and discovered that the boat was filling with water. He immediately directed his eight passengers to don life-jackets and within moments the boat had sunk to the bottom of the lake. He called 911 on his cellphone, but was having difficulty explaining where he was.

Thankfully, there were enough life-jackets on board the sinking boat and everyone was brought to shore safely.

This incident underscores the importance of having required safety equipment on board and accessible. Life-jackets save lives and this case is proof. Big shout out to the Good Samaritans who stepped up and helped save the lives of nine people.