TORONTO — For Mark Casse, the comparisons are inevitable. On Saturday, Casse will chase a third victory in the $1-million Ricoh Woodbine Mile with filly Got Stormy, the early 8-5 favourite.
0
Sep 13, 2019 12:23 PM By: Canadian Press 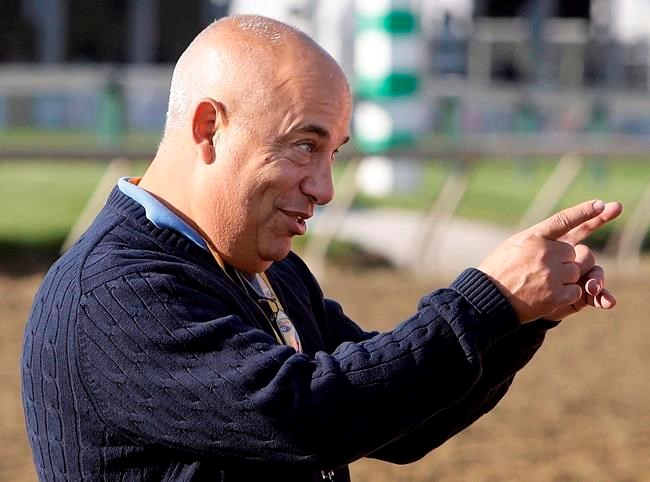 TORONTO — For Mark Casse, the comparisons are inevitable.

On Saturday, Casse will chase a third victory in the $1-million Ricoh Woodbine Mile with filly Got Stormy, the early 8-5 favourite. Casse captured his first Mile in 2016 with the incomparable filly Tepin, the '15 Breeders' Cup Mile champion and two-time Eclipse Award winner.

Got Stormy, the daughter of Get Stormy, certainly doesn't have a racing resume to rival the mighty Tepin. But a win Saturday would not only be the filly's third straight mile turf event victory, but also a fourth overall and eighth in 16 career starts.

Suddenly, with a win, it wouldn't be such a stretch to at least mention the two horses in the same breath.

Got Stormy won the Fasig-Tipton De La Rose, a mile-long turf race, by four lengths at Saratoga on Aug. 3. A week later, the four-year-old captured the Grade 1 Fourstardave Stakes, another mile-long race on grass at Saratoga, by 2 1/2 lengths over her male rivals in a course-record 1:32.00.

"After her last race, it was brought to me, 'Can we compare her to Tepin?' " Casse said. "I said, 'Well, Tepin has accomplished a lot of things but you've definitely got to think you can start talking about it a little bit.

"(Got Stormy) did something no other filly has ever done when she won the Fourstardave. She did it off a week's layoff and broke the track record by a second. I think you can start talking about her being on the exceptional side. She still has a lot to prove to be in the same league as Tepin, but she does seem to be on her way there."

With a victory Saturday, Got Stormy would join Tepin and Ventura (2009) as the only fillies to win the Mile. There's always much made in North American horse racing when a filly shows she can run with male competition, but Casse feels the difference between the sexes is overblown.

"I don't know that there's any challenges, it's just are they good enough?" Casse said. "I think a lot of times, honestly, too much is put into that because it happens a lot more in Europe.

"The reason we don't see it happen as much is usually if there's a big race, there's also the counterpart to it in the filly division. For instance, we have the Travers but we also have the Alabama, we have the Kentucky Derby but we also have the Kentucky Oaks. Most of the time owners and trainers take the high road and go against their sex because there really isn't a whole lot of incentive out there. In our case, we were looking for the mile and kind of felt when we went into the Fourstardave she was as good as anybody so that's what enticed us."

The race winner will earn $600,000 and qualify for the Breeders' Cup Mile on Nov. 2 at Santa Anita Park.

Casse's original plan was to point Got Stormy towards the Woodbine Mile following the De La Rose. However, owner Gary Barber had other ideas.

"Gary was the one who pushed so hard for the Fourstardave," Casse said. "I gave him all the reasons why we shouldn't do it and he said, 'OK, that's good but unless you can tell me you're not happy with her I want to run her back in a week.'

"And as the week went on between the De La Rose and Fourstardave, she just got bigger and stronger. She started thriving. The day we entered, which would've been a Wednesday, I said to Gary, 'I don't think I've ever seen her train as good as she did today.' "

Got Stormy has tasted success at Woodbine. She registered her first graded stakes win there, claiming the mile-long Grade 3 Ontario Colleen Stakes on July 21, 2018 with veteran Patrick Husbands aboard.

On Saturday, jockey Tyler Gaffalione returns to ride Got Stormy and will race on Canadian soil for the first time.

Casse admits Got Stormy does bear some resemblance to both Tepin and World Approval, the trainer's other Woodbine Mile and Breeders' Cup Mile (2017) champion.

"One thing that made them great was their ability to adapt to the early portion of the race," Casse said. "When you have a horse that has enough speed to put you into the race but also has the ability to shut off when you need them to, that's extremely important.

"I think the thing that's helped Got Stormy get much better is her mental state. Since she's come back as a four-year-old she's much more relaxed, more settled. It's paid off big-time. When she was younger she was a bit of a hot-head."