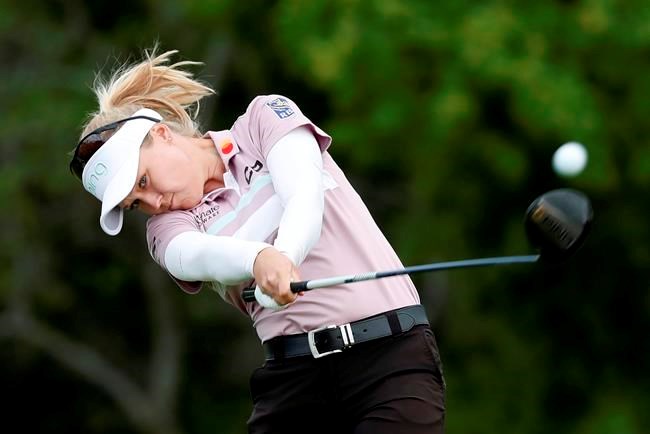 Whan, 49, will celebrate his 10th anniversary as LPGA Tour commissioner in January. The former golf and hockey equipment marketing executive has helped move the LPGA Tour from a time of instability to a more prosperous present. The total prize money for 2019 is a record US$70.5 million, an increase of more than $5 million over last year.

But while the CP Women's Open gets the Henderson bump next week at Magna Golf Club in Aurora, Ont., — the native of Smiths Falls, Ont., is both a CP ambassador and the defending champion — the women's game has faced its challenges in Canada.

A second Canadian tournament — the Manulife LPGA Classic based in Ontario's Kitchener-Waterloo area — lasted six years before losing its sponsor in 2017. Five of those tournaments had Henderson in the field, suggesting her stardom alone might not be enough to sustain a second LPGA Tour date in Canada.

Even the CP Open, a former major tournament on the Tour that attracts a strong field every year, has had issues with exposure. The only reason Canadian viewers got to see live coverage of Henderson's historic win in Regina last year was because of an 11th-hour deal between the premium Golf Channel and Canadian network TSN.

That incident highlights what Whan identifies as his biggest challenge as commissioner — getting more time for the LPGA Tour on network television.

When he started in 2010 there was just one tournament that was broadcast on network television, and now there are seven. But most of the LPGA Tour's coverage is on the Golf Channel.

"If we could get the same starting point on the track (to the PGA Tour), I could get to the finish line at the same time."

Despite the challenges in Canada and otherwise, Whan says Henderson — who was the lead in the LPGA Tour's new brand awareness video campaign released earlier this year — is one of the key faces of the Tour.

Her victory in Regina was one of his favourite moments as commissioner. He said it's a special moment when someone who travels around the world comes home and wins.

"When that happens, it's pretty powerful," he said. "And if I had 150 Brooke Henderson's, I could own the sporting world."

And Whan said he is open to adding another Canadian event again, even if it's in a smaller market.

"A lot of sports would say 'no' to a smaller market just because there is no Marriott Marquis (hotel)," he joked, adding most of his players stay in host housing.

Whan will have a chance to see Henderson's home-country support in person, as he'll be on site at the CP Women's Open for two days early in the week. Tournament director Ryan Paul said pre-tournament ticket sales have already surpassed last year's attendance figures.