LONDON — It appears at least four Canadian men will be in the main singles draw at Wimbledon after Vancouver's Vasek Pospisil announced he is ready to return from a back injury.
Jun 24, 2019 12:52 PM By: Canadian Press 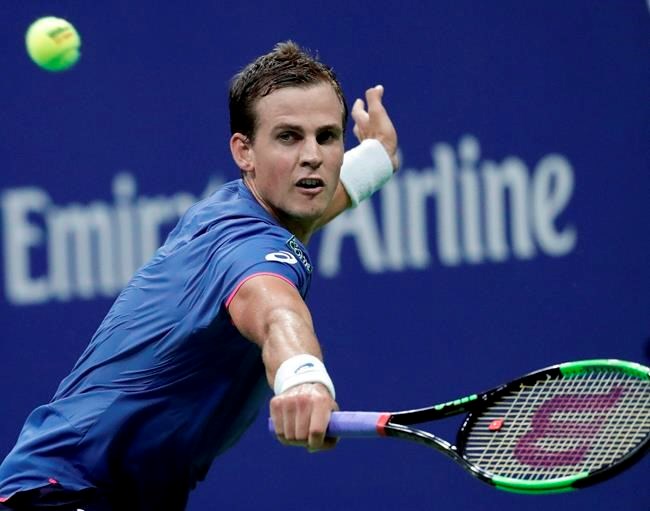 LONDON — It appears at least four Canadian men will be in the main singles draw at Wimbledon after Vancouver's Vasek Pospisil announced he is ready to return from a back injury.

In a tweet Monday with a photo of himself at the All England Club, Pospisil said "Wouldn't want my comeback tournament to be any other than @Wimbledon. So happy to be back and grateful for being healthy & ready for competition again."

Pospisil, who turned 29 on Sunday, underwent surgery in January to repair a herniated disc. He injured his back during a qualifying match at the Paris Masters last October.

While his ranking has slipped to 188th in the world, Pospisil has a protected ranking of No. 73. If an ATP Tour player is out six to nine months, he can use that protecteed ranking for nine tournaments or nine months — whichever comes first.

Pospisil is expected to join world No. 17 Milos Raonic of Thornhill, Ont., No. 21 Felix Auger-Aliassime of Montreal and No. 27 Denis Shapovalov of Richmond Hill, Ont., in the main draw, which starts on July 1.

Schnur and Diez will square off in the second round. Players must win three qualifying matches to be guaranteed a spot in the main draw.

No. 31 qualifying seed Peter Polansky of Thornhill, Ont., lost 6-1, 6-1 to Attila Balasz of Hungary on Monday.