Tokyo 2021 qualification remains a puzzle for majority of Canadian athletes

For those who have already booked their berths in the Tokyo Games, the International Olympic Committee's confirmation that athletes who have qualified remain qualified provides some clarity for them.
0
Mar 27, 2020 6:06 PM By: Canadian Press 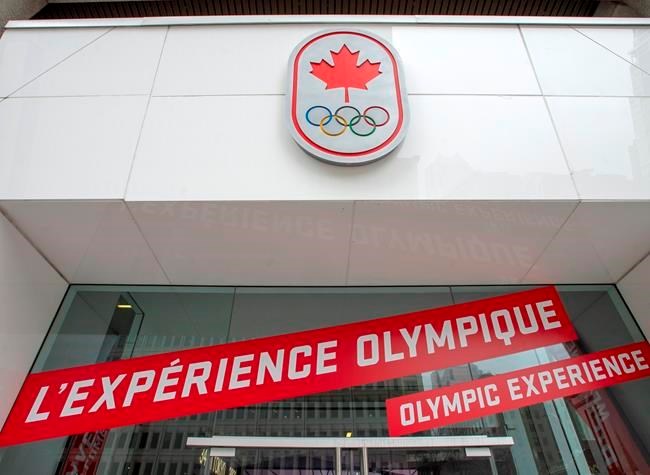 For those who have already booked their berths in the Tokyo Games, the International Olympic Committee's confirmation that athletes who have qualified remain qualified provides some clarity for them.

But just 19 Canadian athletes across nine sports, excluding team sports, have so far achieved both their international and Canadian criteria to be named to the 2021 team, according to the Canadian Olympic Committee.

The world champion beach volleyball duo of Sarah Pavan and Melissa Humana-Paredes and Olympic champion wrestler Erica Wiebe are among them.

The COVID-19 pandemic infecting over half a million and killing thousands world-wide has brought the sports world to a standstill.

This week's decision by the International Olympic Committee and Japan's organizing committee to postpone the Tokyo Games until 2021 gives athletes, and their domestic and international federations, the breathing room to reboot the qualification process when the time comes.

Eight teams qualified so far for 2021 is already a record for a non-boycotted, non-hosted Games, so the Tokyo contingent is expected to be larger.

Rosters for team sports won't be set until closer to the Games.

Canada has so far qualified 82 entries in 26 sports.

In men's road cycling, for example, Canada has qualified three entries but just one in the men's time trial.

"The information we received from the International Olympic Committee . . . the criteria that was set out, the current qualifiers, those athletes that are qualified, that would be respected," COC president Tricia Smith said earlier this week.

Dozens of athletes were building their lives around securing more quota spots for Canada and claiming them for themselves in the coming weeks, until the virus upended their competitive lives.

The Olympic and Paralympic swim trials scheduled to start Monday in Toronto, for example, are now on hold.

No Canadian athlete has pre-qualified for the Paralympic Games, which follow the Olympic Games.

Canada currently has 85 quota slots confirmed for Tokyo, which is just over 50 per cent of the estimated team size of between 130 and 150 athletes, according to the Canadian Paralympic Committee.

Canada has one women's trampoline berth in Tokyo thanks to her bronze medal at last year's world championship.

Competing in World Cups this winter, the 31-year-old from King City, Ont., was collecting points towards claiming it.

The sixth and final World Cup in Bresca, Italy, scheduled for April, is postponed until June with no guarantee it will go ahead then.

"Our internal qualification was pretty tied to international competitions," MacLennan explained. "We had solidified a spot for Canada at this point for the women. Still a bit up in the air for the men.

"We had completed five of out six World Cups. We had one more international competition that would have contributed to internal points and obviously that's not happening.

"I imagine it will be picked back up at a time when it's safe."

Veteran athletes on the eight Canadian teams already Tokyo-bound may feel secure in their roster position and confident they'll be in Tokyo.

Federations now have another year to name their Olympic rosters, however, and will encourage internal competition for spots.

Canadian women's soccer coach Kenneth Heiner-Moller will plot a path to the Games revolving around matches in the FIFA international windows, likely with an emphasis on the fall.

"Now we know it's not going to happen (in 2020) but we also know we're going to participate because we qualified," Heiner-Moller said.

"So now we can starting looking at the next (preparation) steps. It's kind of the same goals, but different timelines."

According to the IOC, 57 per cent of Olympic qualification spots for Tokyo have been determined.

Every sport has different qualifying criteria both internationally and within Canada.

"It's going to be awfully important that the leaders of each sport look at a rough schedule to 2021 and plan this out in a way that makes the most sense to them."

This report by The Canadian Press was first published March 27, 2020.

— With files from Neil Davidson.