Stockholm's bid to host the 2026 Olympics is at risk only three days after the IOC formally approved the city among three candidates.
0
Oct 12, 2018 11:09 AM By: Canadian Press 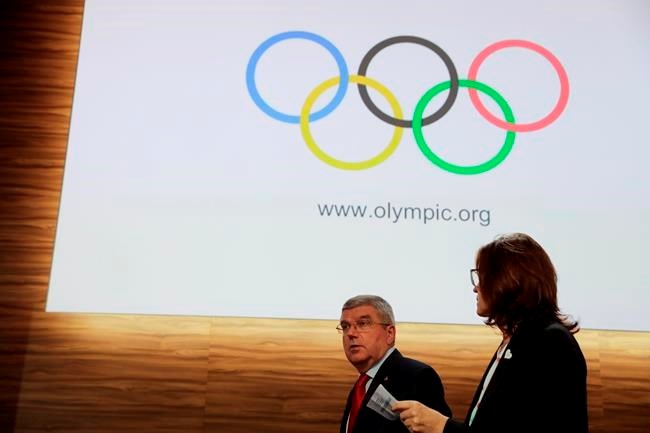 Stockholm's bid to host the 2026 Olympics is at risk only three days after the IOC formally approved the city among three candidates.

A new coalition deal announced Friday to run Stockholm's city government, between a -right alliance and environmentalists, requires no taxpayer funding for a Winter Games.

"The starting point for all our parties has been to ensure that a Winter Olympics should not be on the taxpayers to pay for it," coalition member Karin Ernlund said.

The International Olympic Committee said Friday it had "not yet had any official confirmation of the decision."

If Stockholm drops out, the IOC will be left with Calgary and the combined Italian bid of Milan and Cortina d'Ampezzo.

A vote of IOC members is scheduled in June, the Olympic body said Tuesday when formalizing the 2026 contest, though there is uncertainty for the entire field.

Calgary's bid faces a Nov. 13 referendum, and full government support is also not guaranteed in Italy.

Amid widespread public concern at Olympic hosting costs, IOC Juan Antonio Samaranch Jr. said this week: "We have to make a huge effort in explaining ourselves better."

Stockholm could return for a bid for 2030 or beyond, city lawmakers said.

"It is missing a clear basis for a Winter Olympics right now," said Anna Konig Jerlmyr of Sweden's Moderate party, "but everyone wants to have it in the future so the question is when."