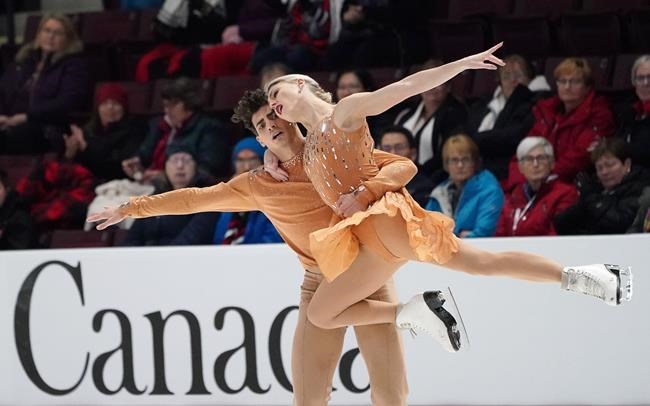 MISSISSAUGA, Ont. — Ice dancers Piper Gilles and Paul Poirier headline the Canadian team that will compete at this year's world figure skating championships, but Skate Canada is waiting until next month to make a final decision on several of their teammates.

Skate Canada named Gilles and Poirier to the team Sunday, one day after the duo captured the Canadian championship.

Marjorie Lajoie and Zachary Lagha are the other ice dance duo named to the team for the world championships, March 16-22 in Montreal.

Kirsten Moore-Towers and Michael Marinaro were named as one of Canada's two pairs entries.

Roman Sadovsky, Nam Nguyen and Keegan Messing will compete at the Four Continents while Emily Bausback, Alison Schumacher and Alicia Pineault make up Canada's women's field for that event.

This report by The Canadian Press was first published Jan. 19, 2020.

Toronto's Justyn Knight sets Canadian indoor record in men's 1,500 metres
Feb 28, 2020 9:58 PM
Comments
We welcome your feedback and encourage you to share your thoughts on this story. We ask that you be respectful of others and their points of view, refrain from personal attacks and stay on topic. To learn about our commenting policies and how we moderate, please read our Community Guidelines.