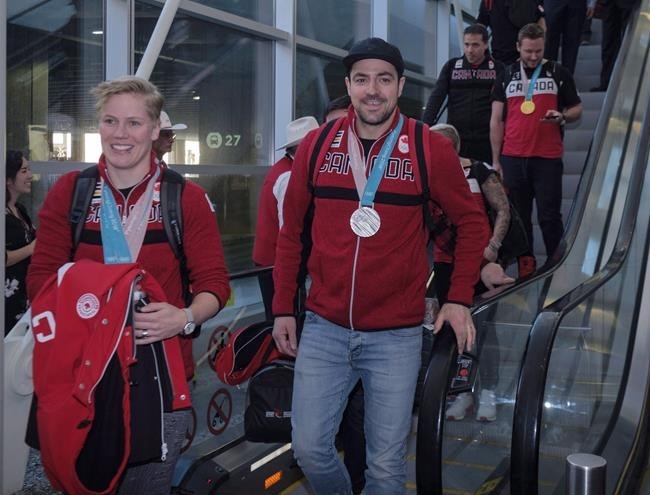 He was the first Canadian man to win a World Cup gold in 2014, when he was victorious on his home track in Calgary.

He won silver there in 2018 as well as a bronze on the Olympic track in Pyeongchang, South Korea, in 2017

Edney collected three world championship and 15 World Cup medals over his career as a member of the relay team.

"I always really felt the urge to give back. I just didn't know in what capacity," Edney said Monday in a statement from Luge Canada.

"It hit me on the one-year anniversary of the 2018 Games that I was ready to get involved.

"I know the work that goes into the process of developing a medal-winning program, and now I get to be a part of the team that works extremely hard on the other side to support our athletes and coaches."

Edney replaces Walter Corey, who moved onto become a high-performance adviser for Own The Podium.

"Sam is a highly-motivated professional who knows what it takes to win," Luge Canada executive director Tim Farstad said.

"His track to the podium was long and gradual, loaded with devastation and celebratory moments. Our program is now beginning a new era. He understands the patience and time investment required to build a medal-winning program."

The future of Edney's home track in Calgary, which is also the training base for the national bobsleigh and skeleton teams, is murky.

The sliding course built for the 1988 Winter Olympics shut down indefinitely earlier this year until enough money can be raised to complete a $25-million renovation.

Canada's other sliding venue in Whistler, B.C., hosted bobsleigh, skeleton and luge at the 2010 Winter Games.