IIHF encouraged by NHL's potential return to Olympics in '22 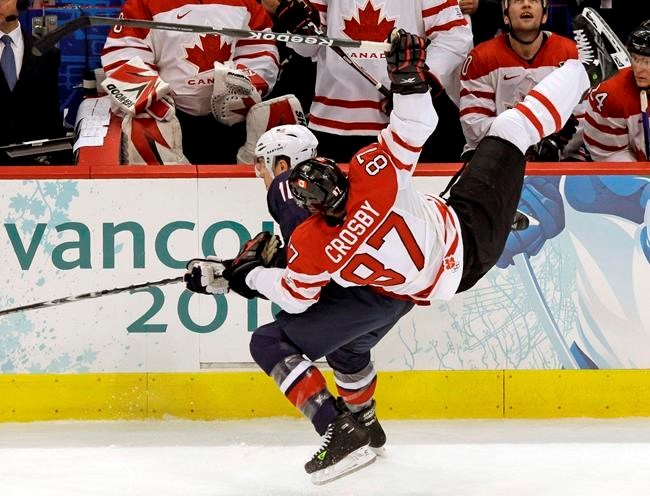 Aside from the uncertainty raised by the coronavirus pandemic, Fasel told The Associated Press he doesn’t foresee any major stumbling blocks that could derail negotiations leading up to the 2022 Beijing Games.

“No, I don’t think there’s a deal-breaker,” he said Tuesday. “There are a lot of challenges. But I think in principle, I would say the news that that’s in the CBA, for me and especially international hockey, is very good news.”

Fasel spoke a day after the NHL and NHL Players’ Association tentatively agreed to extend the collective bargaining agreement for four years, which would run through the 2025-26 season. The NHLPA executive board approved the deal Tuesday night, setting the stage for a full player vote for ratification and the return of hockey this summer.

A person with direct knowledge of the agreement told the AP it includes a provision that would allow NHL players to compete at the next two Winter Games, including the 2026 Olympics in Italy. The person spoke on the condition of anonymity because the contents of the CBA were not released.

The league participated in five consecutive Olympics before skipping the 2018 Games in South Korea.

In order to return, the NHL and its players would first have to resolve various outstanding issues -- including health insurance, travel costs and marketing rights -- with the IIHF and the International Olympic Committee.

Travel costs alone to Pyeongchang two years ago were projected to be $15 million, which the IOC refused to pay. The NHL was also denied control of using Olympic game footage to promote the league and players. Another concern was weighing the benefits of shutting down the regular season for two weeks only to have Olympic games being played in the early morning hours in North America due to the 14-hour time difference; a similar time difference would be present for 2022.

Fasel acknowledged the NHL’s concerns and said he was encouraged after the parties had what he called “a very positive meeting” in New York in early February. Follow-up discussions were placed on hold due to the pandemic.

“We didn’t give up after Pyeongchang. We understood the situation, how it was at that time. No bad feelings,” he said. “We really hope it will come in ’22, and we are ready to work and find a solution."

The NHL and union have declined to discuss the proposed CBA until it is approved, which could happen as early as Friday, when player voting closes.

“I just think it’s great for the game of hockey to be able to showcase the best players,” Williams said. “The Olympics are a special event in itself, but having NHL players there, even as actual players, we love to see the best on best. That’s pretty special.”

USA Hockey executive director Pat Kelleher said he was thrilled by the possibility of being to put together a team with NHL players, which could include rising young stars such as Auston Matthews, Jack Eichel, Johnny Gaudreau and Seth Jones.

“It’s exciting to consider the team of Americans that could represent our country in Beijing, and we applaud the efforts of the NHL and the NHLPA in making this a possibility,” Kelleher said.

The NHL previously tamped down the chances of returning to Olympic play.

“At this point in time, we believe that the negatives outweigh the positives,” deputy commissioner Bill Daly said following the February meeting in New York. Daly did raise the prospect of folding Olympic participation into CBA talks.

NHLPA executive director Don Fehr had a different take on talks with the IOC and IIHF, saying: “The impression I had coming out of the meeting was there ought to be a way to get this done to everybody’s satisfaction."

Fehr previously described the decision to skip the 2018 Games as a lost opportunity to showcase the sport.

Fasel, whose term as IIHF president was extended a year to September 2021, praised the NHL and players for addressing the Olympics in the CBA.

“We do not have leverage, and we just have to get the PA and the NHL to understand this is good for the promotion of the sport, especially in Asia,” Fasel said. “I’m happy that in the end they understand this is important for the development of ice hockey in the future.”

NASCAR champion Pearn up to speed with Daly at Indy 500
Aug 13, 2020 3:40 PM
Comments
We welcome your feedback and encourage you to share your thoughts. We ask that you be respectful of others and their points of view, refrain from personal attacks and stay on topic. To learn about our commenting policies and how we moderate, please read our Community Guidelines.