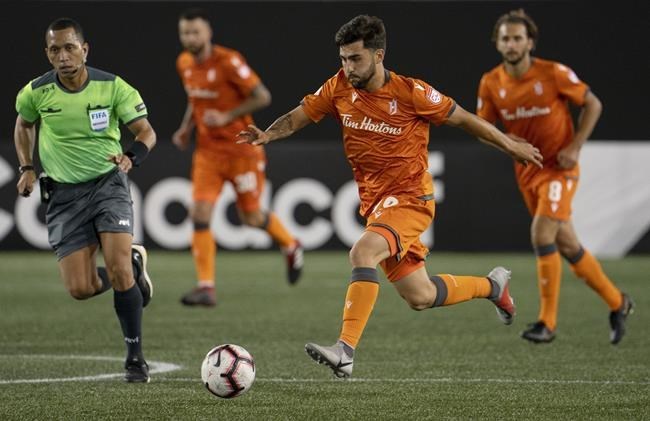 Terms of the deal were not released but a source, not authorized to speak publicly on the matter, said the transfer fee was close to $300,000 and could exceed $500,000 if certain conditions are met.

Oud-Heverlee Leuven is a Belgian second-tier side owned by King Power International Group, which counts England's Leicester City among its holdings. Based in Leuven, it was created in 2002 from a merger of FC Zwarte Duivels Oud-Heverlee, Daring Club Leuven and Stade Leuven.

The team has spent four seasons in Belgium's top tier, most recently in 2015-16.

"They are a club on the rise," said Forge FC GM Costa Smyrniotis. "Obviously Leicester City is doing well. And as you can imagine, they have the ability to go anywhere and spend money anywhere."

The 21-year-old Borges made 27 appearances for Forge FC in 2019, finishing as the CPL's Golden Boot winner with 13 goals, while tying for first in the league with five assists. He also was named the league's player of the year and U-21 player of the year after scoring the winning goal in the first leg of the CPL finals in October at Tim Hortons Field against Calgary's Cavalry FC.

Smyrniotis, whose brother Bobby coaches the Hamilton squad, saw the positives in the sale.

"Yes it hurts losing a very good player but I am more than confident than with the people we have at Forge and the group there and the support of our owner (Bob Young) that this is just going to be a recurring thing," said Costa Smyrniotis.

Borges has represented Canada at the under-17 and under-20 level and won his first senior cap for Canada earlier this month against Barbados.

He played for SC Heerenveen's under-21 side in the Netherlands from 2016 to '18 before returning home for the CPL's inaugural season in 2019. With Portuguese bloodlines, he has a European passport that eased the move abroad.

Borges put out a social media video thanking Forge FC fans and the team for their support.

"The CPL was meant for players to showcase what they can do and hopefully have a bright future," he said. "And I'm just trying to pursue that.

"Thank you guys for everything you guys have done and good luck next season."

"The CPL is an opportunity for players to showcase their skills in front of passionate supporters, fans and other clubs and has provided Tristan with an opportunity to showcase his talent globally," he said. "We are excited about how this transfer showcases our commitment to players from coast to coast."

The transfer comes one week after Calvary FC defender-midfielder Joel Waterman was sold to the Montreal Impact, becoming the first CPL player transferred to an MLS side.

Borges' future had been the subject of speculation after his successful CPL season and trophy haul. But Forge announced in December that Borges, who was under contract for 2020, would be back with the CPL champions.

Thai billionaire Vichai Srivaddhanaprabha bought Leicester in 2010 for 39 million pounds through his company King Power. The Foxes, 5,000-1 longshots, went on to win the Premier League title in 2015–16.

Vichai, 60, and five others died when his helicopter crashed in a parking lot next to Leicester's King Power Stadium in October 2018.

This report by The Canadian Press was first published Jan. 22, 2020.

Hooker Andy Ackers leaves Toronto Wolfpack for the Salford Red Devils
Jun 4, 2020 4:42 PM
Comments
We welcome your feedback and encourage you to share your thoughts. We ask that you be respectful of others and their points of view, refrain from personal attacks and stay on topic. To learn about our commenting policies and how we moderate, please read our Community Guidelines.