Tim Raines can speak from experience when he describes what Larry Walker might be feeling in the hours before Tuesday's Hall of Fame induction announcement.
0
Jan 20, 2020 3:20 PM By: Canadian Press 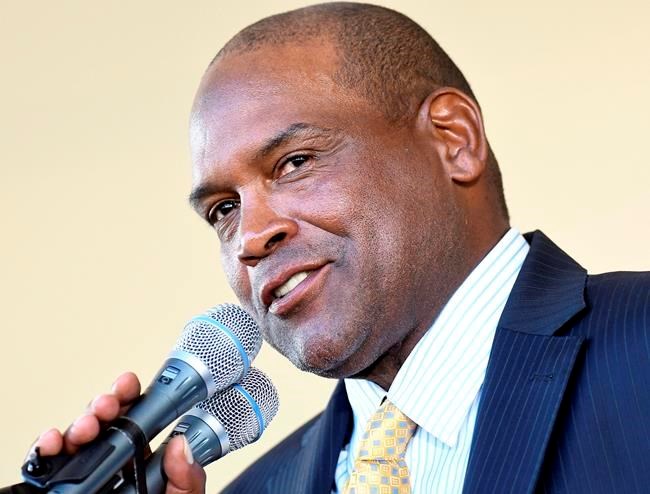 Tim Raines can speak from experience when he describes what Larry Walker might be feeling in the hours before Tuesday's Hall of Fame induction announcement.

Raines, a former teammate of the Canadian slugger with the Montreal Expos, was in Walker's shoes exactly three years ago.

"It's tough to sleep the night before, it really is," Raines said with a chuckle in a phone interview with The Canadian Press.

"Knowing that it's his 10th year (on the ballot), that makes it more nerve wracking, especially when you feel you should have gotten in a few years ago. And I'm pretty sure he feels that way — I feel that way for him, even if he doesn't."

Raines, now a special assistant to player development for the Blue Jays, was inducted into the National Baseball Hall of Fame in Cooperstown, N.Y., in 2017.

He made it in with 86 per cent of the vote on his 10th and final year on the Baseball Writers' Association of America ballot, one year after missing out on induction by just 23 votes.

"It was a lot of mixed emotions," Raines said of his induction announcement day. "After having such a good ninth year I felt there was no way I shouldn't at least get 23 more votes the next year.

"But you're still not sure until you get that call."

Walker sat around 85 per cent as of Monday afternoon — well over the 75 per cent threshold needed for induction — with approximately half of all votes yet to be tabulated.

"I would say my last three years (on the ballot) made it more enjoyable because each year I gained a bit more," he said. "At the end I got in with over 85 per cent and that made it better because I didn't just barely get in. It wasn't like I got 76 per cent, you know what I mean?

"That was very gratifying."

Walker followed his six-year Expos stint with 10 seasons in Colorado, giving some voters reason to think his career stats were inflated by hitter-friendly Coors Field.

But Raines said he saw Walker's power begin to blossom in Montreal, where the Canadian hit 19 homers in 1990, his official rookie season and Raines' final year with the team.

"I had heard he was a hockey player, but his baseball skills were top notch," Raines said. "I mean, I was surprised hearing he was Canadian — not that Canadians were bad, I just didn't really know many Canadian players at the time — and I felt he definitely had a chance to be a great player.

"I wouldn't say I kept tabs on him after I left (Montreal), but it was hard not to notice that he was putting up the numbers. You didn't really have to look too far to see that."

While Raines said he was impressed with every aspect of Walker's game, he marvelled at the big outfielder's unexpected speed, calling him "probably one of the best base-runners I had ever been around other than myself."

"Looking at his size and his power and the way he drove runs in, you wouldn't think that stealing bases would be a part of his game," said Raines, who swiped 808 career bags himself, good for fifth place all-time in MLB history.

"You don't see guys put up the numbers that he did — other than Hall of Famers — and also have success in stealing bases. ... That guy did it all, really."

Raines wasn't the only former teammate to be impacted by Walker in such a short period of time.

Blue Jays manager Charlie Montoyo, who spent just one month in the big leagues in Montreal in 1993, appearing in four games, called Walker "one of the best players" he'd ever seen.

"He knew how to play the game. He knew when to steal a base, he knew which base to throw to. I appreciate guys like that."

Walker was batting .322 and leading the league with 44 doubles for the first-place Expos in 1994 before a strike cancelled the rest of that season. Montoyo said a lengthy post-season run that year could have helped strengthen Walker's Hall of Fame case.

"They could have won the whole thing in '94 if it wasn't for the strike, you know?" Montoyo said. "That would have been something else to give Larry a push."

Raines and Montoyo both said they'll be watching Tuesday night when the vote is revealed.

Raines, who described feeling "pure elation" following his own January phone call from the Hall three years ago, wants Walker to finally experience that same joy.

"Most definitely I'll be watching," Raines said. "And he's the one guy I'm really pulling for."

This report by The Canadian Press was first published Jan. 20, 2020.

Brian's Custom Sports shifts to producing medical supplies to fight COVID-19
Mar 28, 2020 4:36 PM
Comments
We welcome your feedback and encourage you to share your thoughts on this story. We ask that you be respectful of others and their points of view, refrain from personal attacks and stay on topic. To learn about our commenting policies and how we moderate, please read our Community Guidelines.