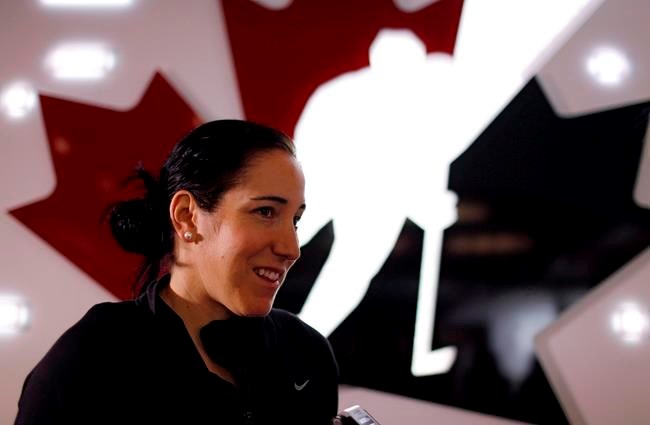 Hockey Canada made the announcement in a release Tuesday.

She hasn't played for the women's national team since 2015, but is still actively involved with the program. She served as Canada's assistant coach at the 2017 world championship.

"What a privilege it was to play for Canada, I cherished every moment and loved every minute of it," Ouellette said in a statement. "I shared my passion for hockey with great teammates, coaches and staff members that will remain lifelong friends.

"My journey with Team Canada taught me the importance of outstanding teamwork, the desire to always want to be better, and the ability to perform under pressure."

Ouellette has played cub hockey with the Canadiennes de Montreal (formerly Stars) of the Canadian Women's Hockey League since the league's inaugural 2007-08 season. She is a four-time Clarkson Cup champion and two-time league MVP.

Ouellette and Julie Chu, a former captain of the U.S. national team — Canada's archrival —  announced the birth of their daughter Liv Chu-Ouellette, on Nov. 5.

"I'm excited with what is ahead for me in my new passions, one as a mom and the other as a coach," Ouellette said. "I am thrilled and thankful to come back with Hockey Canada as part of the coaching staff for the 2018-19 season.

"Thank you to everyone who supported me. A special thanks to my family who always believed in me and my dreams."

Golden Knights rally for 5-3 playoff win over Stars
Aug 3, 2020 10:27 PM
Comments
We welcome your feedback and encourage you to share your thoughts. We ask that you be respectful of others and their points of view, refrain from personal attacks and stay on topic. To learn about our commenting policies and how we moderate, please read our Community Guidelines.