Canada's withdrawal from Tokyo Olympics shows it's about more than medals

Canada's Olympic community hopes its bold move to withdraw from this summer's Tokyo Olympics sends a message to Canadians and people from around the world — this is about much more than medals.
0
Mar 23, 2020 3:04 PM By: Canadian Press 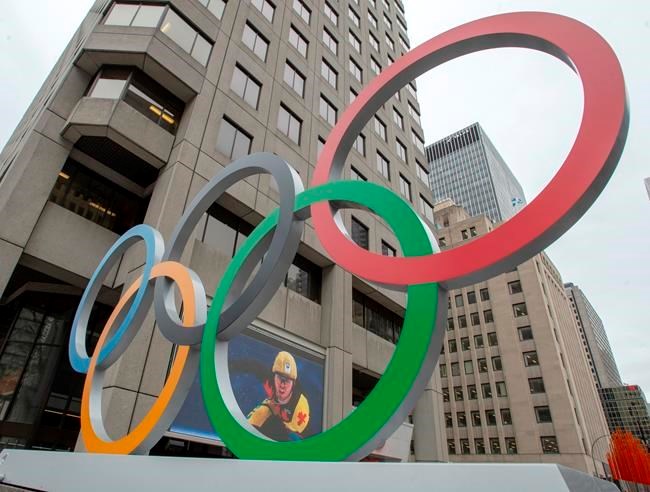 Canada's Olympic community hopes its bold move to withdraw from this summer's Tokyo Olympics sends a message to Canadians and people from around the world — this is about much more than medals.

Canada announced Sunday evening that it wouldn't send a team to Tokyo unless the Games were postponed, and is advocating for a one-year postponement.

The Canadian Olympic and Paralympic Committees determined a Games in July was counter to the country's efforts to stem the spread the COVID-19 pandemic that has brought global sports to its knees.

"I'd like to think it means is that we don't prioritize gold medals at all costs, that at a time when our Prime Minister, our Minister of Health and our Public Health Officer are telling us that it's time to stay indoors, flatten the curve, socially distance, that our athletes are saying 'We're Canadians too and we're going to do our part,'" David Shoemaker, the Canadian Olympic Committee's CEO, said on a conference call. "And I'm very proud of our athletes frankly for taking the lead in saying that."

Canada joined a growing chorus of critics around the International Olympic Committee's response about the Games, which are slated to open on July 24, followed by the Paralympics on Aug. 25.

The Australian Olympic Committee quickly followed Canada's lead Sunday, telling its athletes in a statement on its website they should prepare for the Tokyo Games in 2021.

"You're looking at a postponement," Pound told The Canadian Press in a telephone interview. "I think that's out there now.

"We're all reading the tea leaves and so on, but the Japanese themselves are talking about postponing. A lot of National Olympic Committees and countries are calling for a postponement."

Earlier Monday, Prime Minister Justin Trudeau said Canada's Olympic community made the right decision in pulling its teams from this summer's Games if they start on their scheduled dates.

"I know this is heartbreaking for so many people — athletes, coaches, staff and fans. But this was absolutely the right call and everyone should follow their lead," Trudeau said in Ottawa.

Trudeau said Japanese Prime Minister Shinzo Abe is "very much aware of the challenges" with the Tokyo Games attempting to start on time.

IOC president Thomas Bach said Sunday morning that the global organization was considering options including postponement, and a decision will be made within four weeks. Cancelling the Games entirely, Bach said, was not being considered.

Bach's stance wasn't strong enough for Canada. Delaying the decision by a month would force athletes to continue to train, which runs counter to the country's stance.

And so the country's major Olympic players — from the COC and CPC and their respective athletes' commissions, to Sport Canada, the national sport organizations and high performance centre directors — gathered via conference calls Sunday to determine how best to proceed.

Shoemaker said it dawned on them they'd been asking themselves the wrong question.

"The turning point was when the Government of Canada put a real emphasis on the importance of flattening the curve and social distancing, and what we realized is the question wasn't so much 'Could we send a team of athletes, coaches, mission team members, and fans and all the like to Tokyo to compete safely in July of 2020?'" he said. "The question was whether it was fair and appropriate to ask our athletes to be training for those Olympics in July today here in Canada, and put themselves, their families and their communities at risk.

"The answer to that question was no."

"She wanted to stop focusing on pursuit of a gold medal and start focusing on how she can be a role model for Canadians in flattening the curve," said Shoemaker, who was hired as the COC's CEO in December of 2018. "And so this decision was made in concert with the entire Canadian sport community . . . and while it was by no means an easy decision, in fact I want to underscore how difficult a decision it is to take, it was one done in unity with the Canadian sport community."

Could the Olympics be postponed to this coming fall? The COC doesn't think so.

"We think (one year) will optimize a variety of things: one is the possibility that this disease is under control or that there are potentially treatments or vaccines in play or that the world has found a way to rid of itself of COVID-19. It also allows for an optimum amount of time for planning," Shoemaker said.

"But there are no shortage of complexities. . . . One thing I would be concerned about is that it potentially tells our athletes: time to train again in a setting where in Canada, COVID-19 and the risks of infection are still not eliminated."

The head of health and safety for the 2012 London Olympics, now the British Safety Council chair, lauded Canada's stance and hopes other countries follow suit.

"It's absolutely the right call," Lawrence Waterman said. "The difference between Canada and the IOC is that Canada has recognized delaying the decision is itself causing problems for people.

"Canada has spoken for itself. It hasn't said 'you must abandon the Games.' It's just said we're not going to participate this year. That is a way of putting respectful gentle pressure on the IOC.

"I'm hoping later this week the IOC makes the right decision and if it does, I think the Canadian position will have been seen to have hastened that and I think that's in everyone's interests."

Shoemaker hopes Canada's decision was only the first international domino to fall.

"I'd like to think based on how quickly the Australian Olympic Committee decision came out after ours, that perhaps this is going to create a little bit of momentum and perhaps allows the Olympic movement to collectively exhale and say 'Yeah, let's focus on the postponement options that are most viable,' and move quickly in that direction," he said.

The IOC and Japan's organizing committee had consistently said the Games would go ahead as planned. But Abe changed his tune Sunday, saying a postponement of the Tokyo Games would be unavoidable if the games cannot be held in a complete way because of the coronavirus.

"But what I'm trying to search for in terms of perspective . . . the safety of our communities is essential. This affects every single person in our lives around the world. We're standing in a moment in time. I think the Canadian Olympic Committee is standing on the right side of history with this decision."

With countless cancellations, only 57 per cent of Olympic qualification spots have been determined.

This report by The Canadian Press was first published March 23, 2020.