TORONTO — Kirsty Duncan knows there's still work to be done. Canada's Minister of Science and Sport has made ending abuse and harassment in sport her priority since taking over the portfolio in January 2018.
Aug 16, 2019 6:11 PM By: Canadian Press 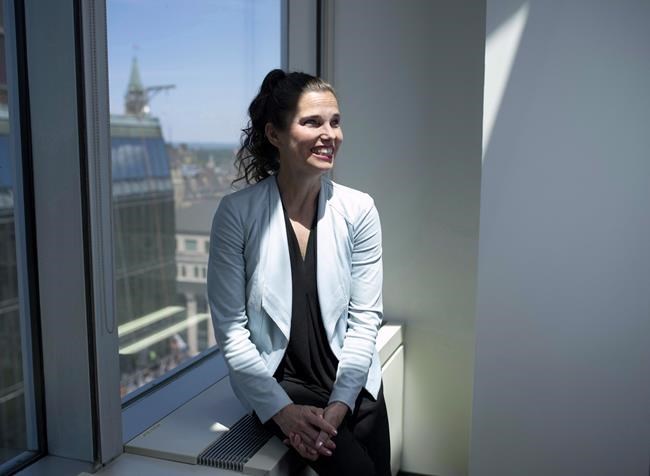 Canada's Minister of Science and Sport has made ending abuse and harassment in sport her priority since taking over the portfolio in January 2018. The ministry has instituted a series of initiatives, including establishing new policy for national sports organizations, funding the Sport Dispute Resolution Centre of Canada to create an investigation unit, and setting up a toll-free confidential tipline for athletes and witnesses to call if they experience abuse.

"I want people to know that this work is being acted on right now. It continues. That this doesn't stop. It's been a priority for our government," said Duncan. "My No. 1 priority is ending abuse and protecting athletes of all ages and abilities and protecting our children."

A series of sexual abuse trials in Canada and the United States have rocked the world of sports in the past decade. The criminal trials of former Penn State football coach Jerry Sandusky, ex-Canadian national ski coach Bertrand Charest, Larry Nassar, a former doctor with the U.S. Gymnastics team, and most recently Dave Brubaker, the former director of the Canada's women's gymnastics team, have put the issue in the spotlight.

Duncan's action items — creating a code of conduct with sanctions and finding a way to prevent coaches or officials from freely moving to another province or club after allegations of abuse — are a work in progress. But she points out that there are two major hurdles for her.

The first is that, with October's federal election looming, time is running out for her to complete the task. The second is that although she has jurisdiction over national and multi-sport organizations, as a federal minister she can do little below the national level.

"When it comes to provincial levels and club level, I have to work with my colleagues across the country because there are constitutional issues," said Duncan. "I have to work in partnership with sport ministers and with all stakeholders to move this forward.

"It is about culture change. It doesn't happen overnight. What I can tell you with the NSOs is that the agreements we have signed they now stipulate that funding will be withheld if they do not act on any abuse."

Bruce Kidd, a professor of kinesiology at the University of Toronto who is in Canada's Sports Hall of Fame as an Olympic runner, has worked with Duncan and the Ministry of Science and Sport on a number of issues. He participated at the Safe Sport Summit that Duncan hosted in February ahead of the Canada Winter Games in Red Deer, Alta., where national sports bodies signed an anti-abuse declaration. He was also appointed to Duncan's working group on gender equality in sport.

However, Kidd has been critical of the ministry's anti-abuse measures, saying that they're just "interim steps." He wants the ministry to help establish a body to accept, investigate and adjudicate complaints, independent of both the sports organizations and the government.

"I think it's got to be arm's length from government because I think that is needed to give athletes and coaches confidence," said Kidd. "The big fear is that if an abuser has a winning record and you're building up to a major championship, an Olympics and so on, the responsible bodies will stall and not do anything."

Kidd also points to USA Swimming's banned member list, a website where the names of coaches who have been convicted of inappropriate behaviour are published for the benefit of other sports organizations, as an easy solution to the problem of intra-provincial communication.

However, Kidd's not blind to the realities of an election cycle.

"If (Duncan) and the prime minister came out and said 'the minute we are re-elected we will move to introduce the necessary legislation or mechanism to create a completely independent, comprehensive body,' I would applaud that," said Kidd, "I would hope the other parties would embrace that, too. It would be fantastic if we gave that some broad attention during this election campaign."

Duncan's had other pressing issues to attend to as well. Creating educational programs about concussions to help with prevention and treatment for head injuries is a going concern, as is gender equality in sports.

"We keep coming back to culture, don't we?" said Duncan. "Whether it's the culture of abuse, where it's a dirty secret to exposing this dirty secret and acting. Or changing the culture where athletes feel they have to push through an injury, feeling that they've got to compete, that is also a culture change."

Note to readers: This is a corrected version of an earlier story. Kirsty Duncan is the Minister of Science and Sport, and Larry Nassar was a doctor for the U.S. gymnastics team, not a coach

Braves ace Mike Soroka leaves game with injured right leg
Aug 3, 2020 8:48 PM
Comments
We welcome your feedback and encourage you to share your thoughts. We ask that you be respectful of others and their points of view, refrain from personal attacks and stay on topic. To learn about our commenting policies and how we moderate, please read our Community Guidelines.