It only took a single text message for the sewing team at Brian's Custom Sports to join the fight against the spread of COVID-19.
0
Mar 28, 2020 4:36 PM By: Canadian Press 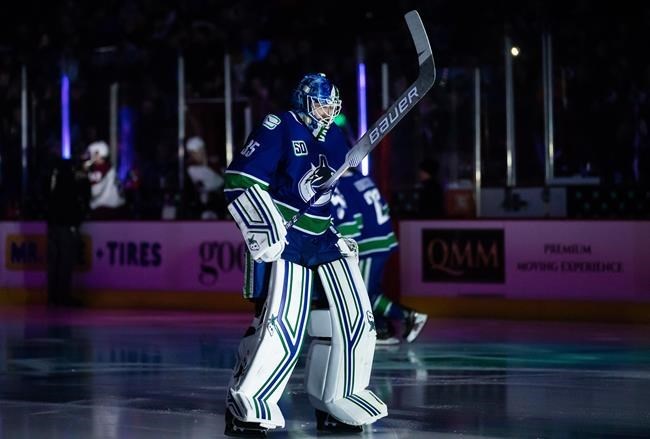 It only took a single text message for the sewing team at Brian's Custom Sports to join the fight against the spread of COVID-19.

The goalie equipment manufacturer had been approached by Windsor-Essex County medical officials on Tuesday for their surplus of double-sided tape and foam — key elements of medical face shields — but were then asked what their production capabilities were for medical gowns.

As a non-essential business, Brian's had sent its staff home, but a short text message from the human resources department got an immediate response from the 16-person sewing team.

"Within minutes, they're all basically on board," said Joe Aitken, director of sales and marketing for Brian's Custom Sports, on Saturday. "Part of it is the ability to keep working. The other part is the fact that you're helping for the greater good."

Before Aitken's team could return to the Kingsville, Ont., plant, some logistics had to be worked out. Brian's had no pattern for the 18,000 medical gowns they had committed to making, so one was brought from a local hospital and was carefully taken apart to reverse-engineer a template.

Making sure the sewing equipment would work was also an important step as Brian's Custom Sports uses heavy-duty machines designed to punch through the thick padding and faux-leather of goalie equipment and not the thinner repurposed bed sheets they had been sent to make the gowns from.

Brian's normally produces equipment for NHL goalies including Thatcher Demko of the Vancouver Canucks, Robin Lehner of the Vegas Golden Knights, and Jaroslav Halak of the Boston Bruins.

Linus Ullmark, a goalie with the Buffalo Sabres organization, was one of the first to like Brian's Instagram post about the change in production even though he's not a client.

"It just shows that everybody's in it together," said Aitken of Ullmark's endorsement. "It's nice to see kind of a hockey community kind of come together and really just support a cause greater than the game."

Bauer published its design for facial shields to social media and its website on Saturday so that other manufacturers could start producing their own facial shields as quickly as possible.

"Everybody wishes that there was hockey going on right now but when you see globally what's going on, the importance of getting this under control and flattening the curve and everything you read about, that's priority No. 1," said Aitken.

This report by The Canadian Press was first published March 28, 2020.

Montreal Impact return to training centre for individual outdoor workouts
May 25, 2020 5:44 PM
Comments
We welcome your feedback and encourage you to share your thoughts. We ask that you be respectful of others and their points of view, refrain from personal attacks and stay on topic. To learn about our commenting policies and how we moderate, please read our Community Guidelines.