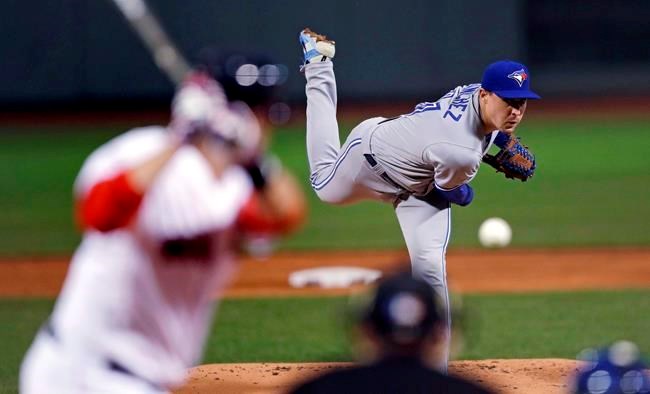 TORONTO — Blue Jays pitcher Aaron Sanchez had surgery on his right index finger on Tuesday, officially bringing his disappointing season to an end.

The 26-year-old has struggled with blisters and nail-related issues on his throwing hand for most of the year.

Blue Jays general manager Ross Atkins expects Sanchez will be ready for spring training but couldn't confirm exactly what the procedure was or if it was successful.

"I don't have a specific update beyond that because it's probably still ongoing," said Atkins, adding that he would have an update on Wednesday.

"I know it affected him, I saw it," said Blue Jays manager John Gibbons. "They make a living with their fingers, those pitchers. When they're that tender every time you grip a ball and let it go, it's just constant."

Atkins also announced that shortstop Lourdes Gurriel Jr., is done for the season with a Grade 2 hamstring strain.

Gurriel had an impressive rookie season, hitting .281 in 65 games, adding 11 home runs and driving in 35 runs.

Toronto hosted the Houston Astros on Tuesday night and Wednesday afternoon before playing their last three games of the season on the road in Tampa Bay.