Defensive back Emanuel Davis announced his retirement Thursday after six seasons in the CFL.
0
Aug 15, 2019 12:49 PM By: Canadian Press 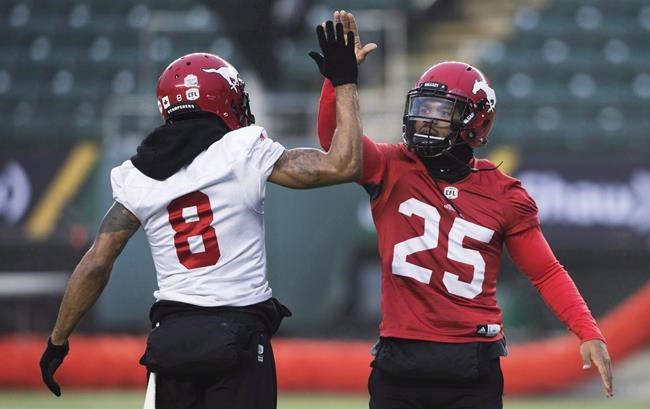 Defensive back Emanuel Davis announced his retirement Thursday after six seasons in the CFL.

The 31-year-old registered 246 defensive tackles, eight tackles for a loss, 24 special-teams tackles and 14 interceptions — including four returned for a touchdown — over six seasons with Hamilton and Calgary.

He was released by the Ticats on Feb. 1, 2018, and signed with the Stampeders shortly after. He appeared in all 18 games last season for the 2018 Grey Cup champions and had 55 tackles and four interceptions in the regular season and five tackles in the playoffs.

Davis became a free agent when Calgary elected not re-sign Davis after the season.

"To my teammates, managers and coaches, thank you for the lifelong memories and friendships," Davis said. "Nothing will ever compare to the love and passion I have for the game of football, however I know this next phase of my life being a husband and father will be just as amazing."