STOCKHOLM — The Swedish Ice Hockey Federation has cancelled the Four Nations women's hockey tournament in November because it can't guarantee its players' participation due to an ongoing pay dispute.
0
Sep 13, 2019 12:08 PM By: Canadian Press 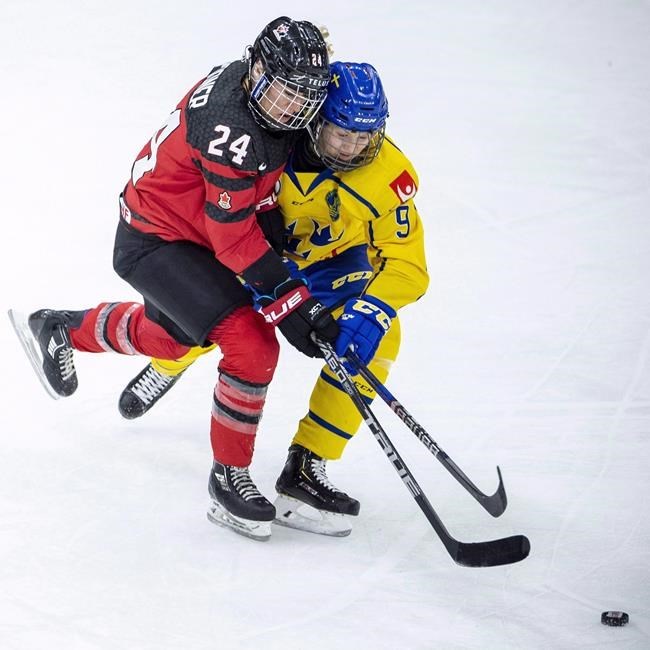 STOCKHOLM — The Swedish Ice Hockey Federation has the Four Nations women's hockey tournament in November because it can't guarantee its players' participation due to an ongoing pay dispute.

The federation announced the decision Friday and noted the uncertainty regarding their players' status has made it difficult for the three other competing nations to make travel plans. The tournament was scheduled to feature teams from Finland, the United States and Canada.

Sweden's top players are boycotting their national team because they are unhappy over pay and working conditions.

The players skipped a Five Nations tournament held in Finland in August because of the strike, and have yet to agree a new contract with the federation. They have also formed a union and raised numerous complaints over their previous deal, which expired in April. Players are unhappy over their compensation, while also having to fit work and family schedules around national team requirements.

Other complaints included travel conditions and schedules, the short and long-term vision for women's hockey in Sweden and a perceived lack of respect.

The Swedish players are following in the steps of U.S. women's national team members who were successful in landing better compensation after threatening to boycott the 2017 World Championships being held on American soil.

In May, more than 200 of the world's top players pledged to boycott playing in North America this season in a push to establish a women's professional league with what they say must be a sustainable economic model. They have since formed a union, the Professional Women's Hockey Players' Association, to represent them.

The Swedish players have the PWHPA's support.

"It's tough to see, for sure, but I think it really speaks to the fact that we are all only as strong as our weakest link," PWHPA board member Liz Knox wrote in a text to The Associated Press. "We support them striving for better because in the end, women's hockey as a whole will be the better for it."

Anders Larsson, chairman of the Swedish Ice Hockey Federation, last month said the boycott is damaging the brand of the country's hockey team and is a failure for both the federation and the Swedish team.