Cabinet meetings wrap up and new Joni Mitchell release: In The News for Sept. 16

In The News is a roundup of stories from The Canadian Press designed to kickstart your day. Here is what's on the radar of our editors for the morning of Sept. 16 ... What we are watching in Canada ...
Sep 16, 2020 5:04 AM By: Canadian Press 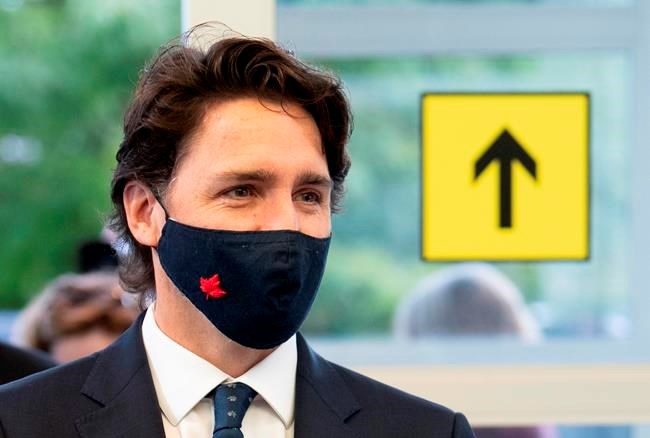 In The News is a roundup of stories from The Canadian Press designed to kickstart your day. Here is what's on the radar of our editors for the morning of Sept. 16 ...

What we are watching in Canada ...

OTTAWA — Prime Minister Justin Trudeau is to wrap up two and a half days of cabinet meetings today aimed at plotting a course through the COVID-19 health crisis.

Bold talk of an audacious plan to rebuild the shattered economy gave way during the meetings to the more immediate challenge of confronting the potential for a second deadly wave of the novel coronavirus that causes COVID-19.

Cases of COVID-19 have been on the rise across the country for the past several weeks.

Consequently, ministers have been focused almost exclusively on how to protect the health of Canadians and avert the potential for another economy-ravaging, nation-wide shutdown like the one that threw millions of Canadians out of work last spring.

The pandemic has already upended the government's plans to deliver on platform commitments upon which the Liberals won re-election just last fall, when the climate change crisis was at the top of their agenda.

Infrastructure Minister Catherine McKenna, who formerly led the Liberal charge against climate change, says the government has not forgotten the crisis even if the pandemic has shoved it to the sidelines for the moment.

Trudeau is to hold a news conference this afternoon at the conclusion of today's cabinet meeting.

TORONTO — Some prospective jurors will be summoned to a downtown Toronto convention centre as the province resumes jury selection following a six-month hiatus due to the COVID-19 pandemic.

In a notice issued Tuesday to those in the legal field, the Ministry of the Attorney General says the Metro Toronto Convention Centre is "prepared to host jury events" on its targeted date of Sept. 16.

The Ontario Superior Court temporarily halted in-person operations in mid-March due to concerns over the novel coronavirus, with all criminal and civil matters suspended or adjourned until June.

Dozens of courthouses reopened in July, with more doing so this week.

However, Chief Justice Geoffrey B. Morawetz previously said jury selection and jury trials would remain on hold until September at the earliest.

PENSACOLA, Fla. — The Florida Panhandle and coastal Alabama are taking a pummelling from a resurgent Hurricane Sally as it moves toward the coast.

With landfall expected some time in the coming hours, tens of thousands are without electricity.

Flash floods from as much as a foot of rain have been reported. And, because the storm is moving so slowly, the deluge is expected to be drawn out — with some spots possibly getting 30 inches of rain.

What we are watching in the rest of the world ...

Experts warned that India's case fatality rate could increase in coming weeks with lockdown restrictions relaxed except in high-risk areas, but authorities have ruled out imposing a second countrywide lockdown.

The first female recruit was sworn in as a member of the RCMP. Thirty-two women began training in Regina on Sept. 23, 1974, and later became the force's first female troop.

Wildlife experts say the death of a mother grizzly bear and her two cubs — including a rare blond-headed grizzly — in Banff National Park is a major loss to the population.

Parks Canada officials have said that a 10-year old female bear was struck and killed on September 3rd by a Canadian Pacific train on the railway line through the national park in Alberta.

They say the bear, known as Number 143, spent most of her time in the backcountry of Banff and adjacent Yoho and Kootenay national parks in British Columbia.

The bear was spotted earlier this summer with two cubs, and officials say the cub with a blonde head and brown body hasn't been seen since June and is presumed dead.

The second cub was last seen in mid-August and it's also believed to have died prior to the train collision.

Colleen Cassady Saint Clair, a professor of biological sciences at the University of Alberta, says the deaths are a big loss for the population.

There are only about 65 grizzly bears in Banff National Park.

VICTORIA — Two long-forgotten tapes featuring some of the first recordings of Joni Mitchell have come out of storage and into circulation, thanks to a serendipitous turn of events involving retired Victoria broadcaster Barry Bowman.

Bowman, who spent three decades on air at CFAX 1070, was a disc jockey at CFQC AM in Saskatoon when he first met Mitchell in 1963.

She was an inexperienced 19-year-old playing music under her given name, Joni Anderson, when Bowman brought her into the studio for an hour-long session.

Nine songs were recorded that night, featuring Mitchell and her ukulele, which he said she hoped to use as an audition tape to attract managers and booking agents.

This report by The Canadian Press was first published Sept. 16, 2020

Parliament Hill security boosted after reports of harassment
Sep 27, 2020 4:17 PM
One new case of COVID-19 reported Sunday in Newfoundland and Labrador
Sep 27, 2020 2:35 PM
Comments
We welcome your feedback and encourage you to share your thoughts. We ask that you be respectful of others and their points of view, refrain from personal attacks and stay on topic. To learn about our commenting policies and how we moderate, please read our Community Guidelines.