Statistics Canada says annual inflation rate in May sinks to negative 0.4 per cent

OTTAWA — The annual pace of inflation pulled back even further in May due to a drop in gasoline prices compared with a year ago as businesses shut due to the COVID-19 pandemic began to reopen slowly.
Jun 17, 2020 12:23 PM By: Canadian Press 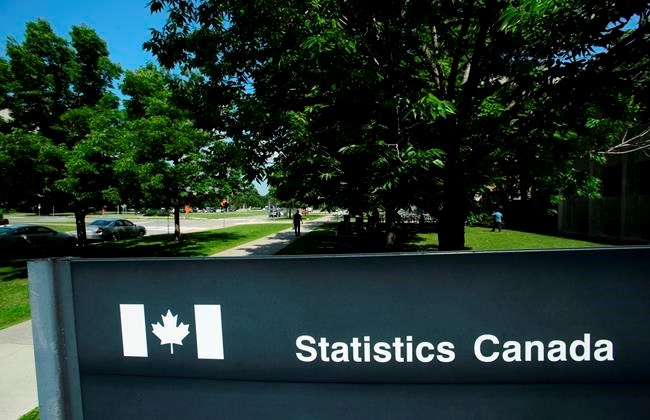 OTTAWA — The annual pace of inflation pulled back even further in May due to a drop in gasoline prices compared with a year ago as businesses shut due to the COVID-19 pandemic began to reopen slowly.

Statistics Canada said Wednesday the consumer price index fell 0.4 per cent compared with a year ago, making it the second month in a row for negative inflation after a 0.2 per cent drop for April.

Economists on average expected the consumer price index to remain unchanged compared with a year ago — meaning an annual inflation rate of zero.

Scotiabank deputy chief economist Brett House said April and May were likely the bottom for the Canadian economy.

"We're not likely to see price pressures decline further going into June, largely because of the stimulus measures or the bridge financing measures that are in place for households and for businesses and the reopening that has begun in the course of the matter part of May and into the month of June," House said.

Prices rose in four of the eight major components on a year-over-year basis.

Statistics Canada said that excluding gasoline, the consumer price index rose 0.7 per cent compared with a year ago, the smallest increase since January 2013.

Other contributors to the drop in inflation was a 21.3 per cent drop in traveller accommodation and a 9.5 per cent decline in telephone services.

Meanwhile, prices for passenger vehicle insurance premiums were up 6.4 per cent compared with a year ago, while meat prices were up 7.8 per cent.

The average of the three measures of core inflation, which are considered better gauges of underlying price pressures and closely tracked by the Bank of Canada, was 1.7 per cent compared with 1.8 per cent in April.

The central bank targets inflation when setting its trend-setting interest rate which is 0.25 per cent.

Bank of Canada governor Tiff Macklem told the House of Commons finance committee this week that rates would only go up once Canada is well into an economic recovery, which he suggests is still a long way off.

"But we're in a deep hole, and it's going to be a long way out of this hole," Macklem said Tuesday in his first public appearance since taking the top job at the central bank on June 3.

TD Bank senior economist James Marple said there are promising signals in recent economic data and as economies open up, the bank expects to see some modest lift to consumer prices.

"Still, it will be a long road ahead and downside risks will remain elevated until a vaccine is broadly available," Marple said.

Going forward, House said economists are going to be watching how the pandemic situation evolves with the number of new cases as well as how the pace of the reopening of businesses unfolds.

"We're also going to be looking at the pace and progress on reopening and the sequencing of that because there are whole sections of the consumer price basket that are not back to anything close to full activity yet and may not be until well into the end of the year," he said.

This report by The Canadian Press was first published June 17, 2020.