TORONTO — RBC and National Bank of Canada will have tough acts to follow when they report financial results on Wednesday, one day after BMO and Scotiabank said on that their businesses were better off than before the COVID-19 pandemic.
Feb 23, 2021 3:28 PM By: Canadian Press 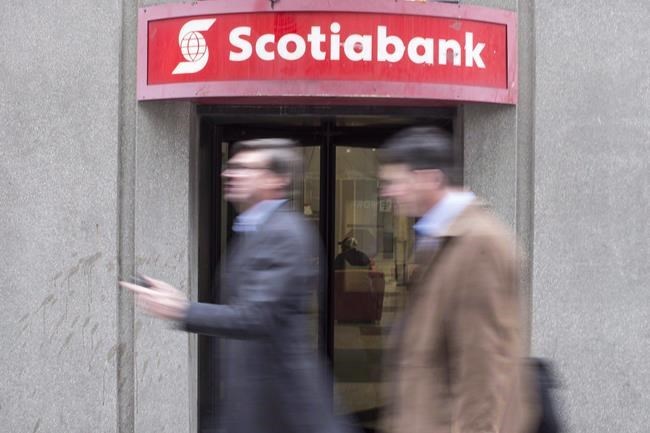 TORONTO — RBC and National Bank of Canada will have tough acts to follow when they report financial results on Wednesday, one day after BMO and Scotiabank said on that their businesses were better off than before the COVID-19 pandemic.

If BMO and Scotiabank are harbingers, the week could bring positive news from Canadian big banks. RBC and National Bank address analysts on Wednesday, while CIBC and TD Bank Group will release quarterly results on Thursday.

Canada's big banks will have to show how far they have come since late January last year, when COVID-19 had just been identified in Canada and the World Health Organization had not yet declared a pandemic. Early in the pandemic, many banks offered payment deferrals on debt as the economy suffered. Later, credit-loss provisions soared as they set aside money to cover loan defaults.

At least so far, it seems banks have been able to not only return to pre-pandemic levels, but exceed them. On Tuesday, both BMO and Scotiabank reported profits were up in the three months ending Jan. 31 compared with the same period a year ago. Both also handily topped expectations from analysts amid declining provisions for credit losses.

Scotiabank said on Tuesday that it had a profit of $2.4 billion or $1.86 per diluted share in the three months ending Jan. 31, up from nearly $2.33 billion or $1.84 per share in the same period last year. Its provisions for credit losses for the quarter amounted to $764 million, down from $926 million a year ago.

Over the past year, banks in Canada and around the world have set aside money in case COVID-19 shutdowns drove borrowers to default on loans. But Daniel Moore, Scotiabank's chief risk officer, said Tuesday that there is now potential to release more allowances going forward.

Moore said the bank is seeing customers get "back on their feet," adding that Scotiabank's assistance programs during the pandemic bridged clients' losses until the COVID-19 vaccine rolled out.

While the banks are doing better than expected, BMO chief risk officer Patrick Cronin noted that not all their clients are necessarily thriving. He gave the example of a restaurant client who was still able to remain up-to-date on payments through takeout, delivery, cost-cutting, government support and cash reserves.

"I wouldn't argue that they're thriving by any stretch. But you know, we're seeing real stability."

This report by The Canadian Press was first published Feb. 23, 2021.