'Hamilton,' 'Phantom' will be off London stages until 2021

LONDON — Some of London’s biggest West End shows, including “Hamilton” and “The Phantom of the Opera,” won’t reopen until next year, producers announced Wednesday, as arts bodies warned that Britain faces a “cultural catastrophe” because of the coron
Jun 17, 2020 2:07 PM By: Canadian Press 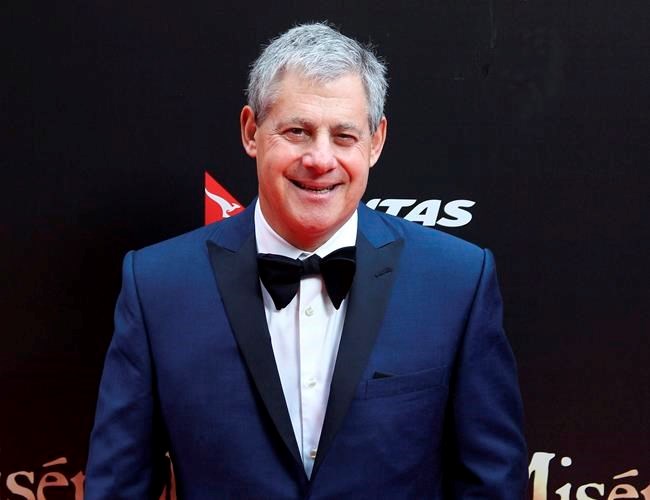 LONDON — Some of London’s biggest West End shows, including “Hamilton” and “The Phantom of the Opera,” won’t reopen until next year, producers announced Wednesday, as arts bodies warned that Britain faces a “cultural catastrophe” because of the coronavirus pandemic.

Producer Cameron Mackintosh, his producing partners and his Delfont Mackintosh Theatres group said “Hamilton,” “The Phantom of the Opera,” Mary Poppins” and “Les Miserables,” would return “as early as practical in 2021.”

The company said it was talking to staff about “potential redundancies.”

Mackintosh, one of Britain’s biggest and wealthiest producers, said the decision was “heartbreaking” and criticized Prime Minister Boris Johnson’s government for offering stage producers ”no tangible practical support beyond offers to go into debt, which I don’t want to do."

He said the government’s “inability to say when the impossible constraints of social distancing will be lifted makes it equally impossible for us to properly plan for whatever the new future is.”

Music, , art, design, architecture and publishing generate billions for the British economy each year, but the country’s clubs, , cinemas, concert halls and art galleries shut down in March as part of a nationwide lockdown to slow the spread of the coronavirus.

Shops and outdoor spaces such as zoos are now starting to reopen, but indoor venues remain closed because of social distancing rules that require people to remain two meters (6 feet) apart.

The government says it's reviewing the distance rule amid pressure from retailers, restaurateurs and others to cut it to one meter (three feet).

The government has penciled in a July 4 re-opening date for pubs and restaurants, but Culture Secretary Oliver Dowden acknowledged that “it is going to be exceptionally difficult" for to open.

Dowden said at a news conference that he planned to gather representatives from , choirs and orchestras with medical experts in the next week to work on a “road map” for safe performances.

A study released Wednesday by research firm Oxford Economics projected that the U.K.’s creative industries could lose 74 billion pounds ($93 million) in revenue this year and a fifth of the U.K.’s 2 million creative-sector jobs could disappear.

Chief executive Caroline Norbury of the Creative Industries Federation, which lobbies for arts and culture, said that “without additional government support, we are heading for a cultural catastrophe.”

Norbury and other culture-sector leaders called on the government to set up a “cultural renewal fund” and continue support programs that have supported self-employed people and furloughed workers during the lockdown. The Treasury plans to scale back the programs in the next few months.

A letter to the government signed by almost 100 artists including actors James McAvoy and Wendell Pierce and “Fleabag” creator Phoebe Waller-Bridge warned that "British is on the brink of ruin.”

“The pandemic has brought to its knees,” the letter said. “ do not have the money to operate viably with physical distancing. It is difficult to see venues opening before the end of the year.”

Dowden said the government was looking at “what further support we can give” to the arts.

"I know how essential our , our music venues and the performing arts are to our wider cultural ecosystem," he said. “Culture is our calling card.”

Key mortgage stress test rate eases, gives borrowers a little more room
Aug 13, 2020 3:32 PM
Comments
We welcome your feedback and encourage you to share your thoughts. We ask that you be respectful of others and their points of view, refrain from personal attacks and stay on topic. To learn about our commenting policies and how we moderate, please read our Community Guidelines.