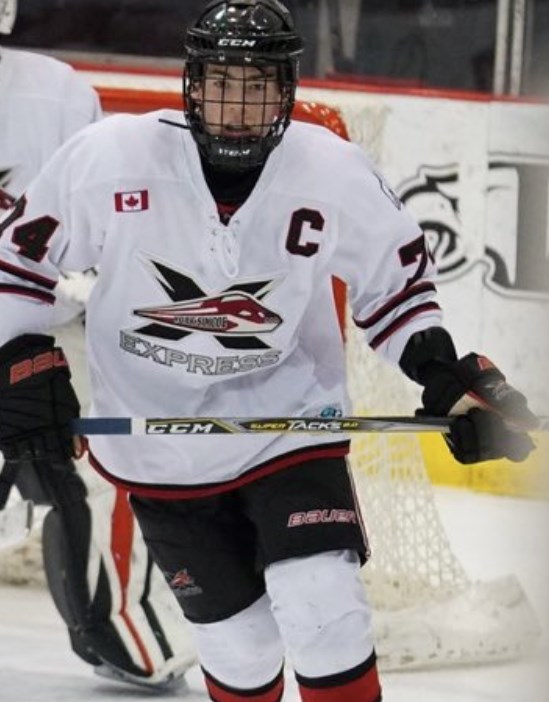 York Simcoe Express defenceman Jacob Holmes has been selected to play in the upcoming Canada Winter Games in Alberta.

The minor midget AAA player will be defending Ontario's gold medal standing at the Games with three other top players selected from the Ontario Minor Hockey Association (OMHA) to represent their province at the national event that runs from mid-February to March 2.

The Predators are currently tied for first place with York Simcoe Express in the Eastern AAA West Division.

“We are proud of all of the players selected and wish Jacob, Connor, Ethan and Cole the best of luck as they represent the OMHA and Team Ontario at the Canada Winter Games,” said Ian Taylor, executive director of the Ontario Minor Hockey Association.

Only 20 players from across the province made the cut.

In addition to OMHA players, skaters are also chosen from teams that compete in Hockey Eastern Ontario, Hockey Northwestern Ontario and the Ontario Hockey Federation.

Held every four years, the Canada Winter Games showcases the top under-16 hockey talent in the country.

Team Ontario will be entering the competition as the defending men’s hockey gold medallists having defeated Team Alberta four years ago in Prince George, B.C.

All players have been evaluated since the start of the hockey season by team staff who took in a number of league games and major tournaments across the province spanning from Ottawa to Windsor, St. Catharines to Sudbury, and everywhere in between to identify the top talent.

The team selection was led by Director of Operations and Head of Ontario Hockey League Central Scouting Darrell Woodley.

“We are excited about the players we have named to Team Ontario. The selection process was extremely difficult, but I believe we have a team that is highly skilled and will push the pace at the Canada Winter Games,” said Woodley.

Players will gather for a pre-tournament camp Feb. 11 to 14 at the Mastercard Centre for Hockey Excellence in Toronto before heading to Red Deer.

Perseverance takes Newmarket teacher to Ironman world championships, and more
Feb 26, 2020 1:00 PM
Comments
We welcome your feedback and encourage you to share your thoughts on this story. We ask that you be respectful of others and their points of view, refrain from personal attacks and stay on topic. To learn about our commenting policies and how we moderate, please read our Community Guidelines.