Although Gabby Daleman skipped the fall Grand Prix season due to depression and anxiety, because of her track record — she won bronze at the 2017 world championships — Skate Canada left a potential spot on the team open for her
0
Feb 22, 2019 5:47 PM By: Canadian Press 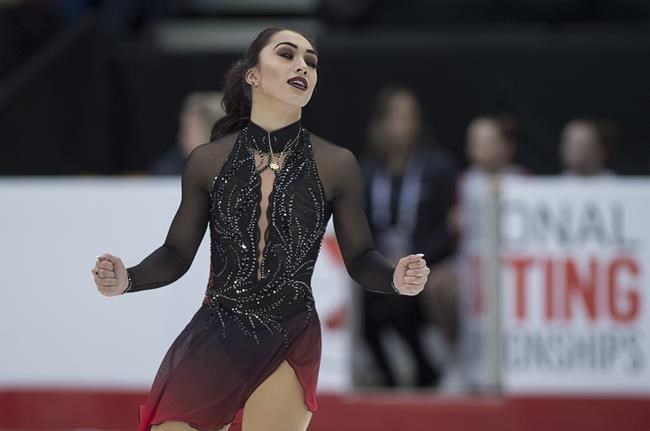 Skate Canada had been holding a spot open for Newmarket's Gabby Daleman, 21, for the world figure skating championships in Japan in March. File photo/Canadian Press

Gabrielle Daleman has been added to Canada's team for the world figure skating championships.

The 21-year-old from Newmarket, Ont., led after the short program at last month's Canadian championships, but dropped to fifth place with a shaky long program.

But because Daleman had skipped the fall Grand Prix season due to depression and anxiety, and because of her track record — she won bronze at the 2017 world championships — Skate Canada left a potential spot on the team open for her.

"We're going to see over the next couple of weeks how Gabby is progressing, both personally and mentally and also condition-wise, because she hasn't had a lot of training time, and that was a bit evident here in the long program, you could see the mileage wasn't there," Skate Canada's high performance director Mike Slipchuk said in Saint John.

"To compete at a world championships, you've got to be at the top of your game. So we want to give her some time to see how she's doing and we'll work alongside (her coaches) and just keep gauging how she's doing."

Skate Canada also added Aurora Cotop to the team. The 16-year-old from Toronto won silver at the Canadian championships but didn't have the technical score required to compete at the world championships, March 18 to 24 in Saitama, Japan. Skate Canada sent her to an international event in Germany where she achieved the needed score.

Alaine Chartrand, who won the Canadian women's title, was named to the team last month in women's singles.

Differently abled hockey player takes 'just do it' to heart
Jan 7, 2020 11:30 AM
Comments
We welcome your feedback and encourage you to share your thoughts on this story. We ask that you be respectful of others and their points of view, refrain from personal attacks and stay on topic. To learn about our commenting policies and how we moderate, please read our Community Guidelines.