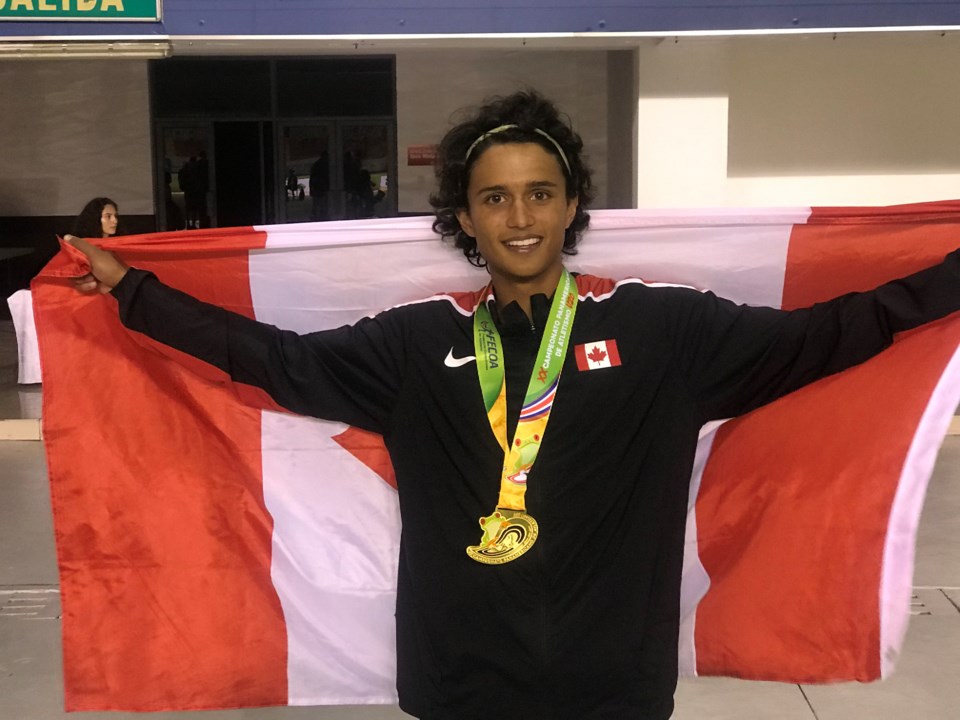 DeSouza took the medal in the men's 5,000-metre race at the Estadio Nacional in San Jose, Costa Rica with a winning time of 15:17.15 minutes.

DeSouza's teammate, Marc-Andre Trudeau Perron, won the silver medal in the race with a time of 15:17.56 minutes, according to Athletics Canada.

DeSouza won a silver medal at the Youth Commonwealth Games in the Bahamas in 2017, he added.

The Brampton resident, who attended St. Marguerite d'Youville High School in Brampton, has been training with the Newmarket Huskies Track Club for the past five years.

Paddleboarding allows users to become stand-up participants
May 23, 2020 1:30 PM
Comments
We welcome your feedback and encourage you to share your thoughts. We ask that you be respectful of others and their points of view, refrain from personal attacks and stay on topic. To learn about our commenting policies and how we moderate, please read our Community Guidelines.