The history and growth of Newmarket is detailed in the book by local author and historian Ethel Willson Trewhella
0
Dec 2, 2018 1:30 PM By: NewmarketToday Staff 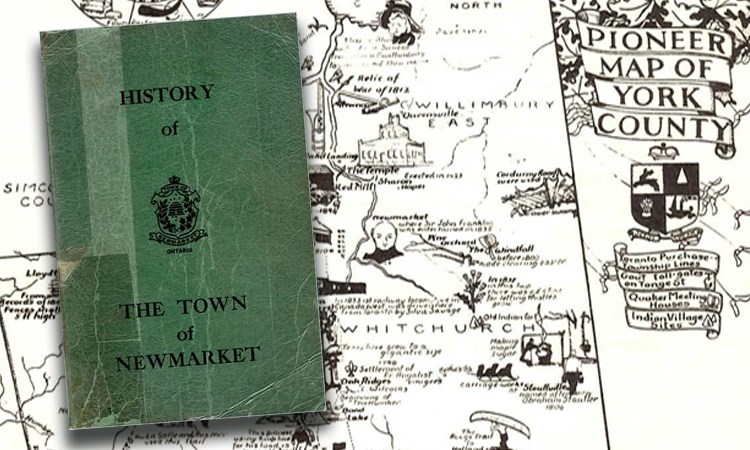 This article is written by Lorne Chase, marketing and communications coordinator at Newmarket Public Library. Click here to find out more about the library and its events and programs.

The book History of The Town of Newmarket has become an historical item in its own right.

Written by Ethel Willson Trewhella, only 600 copies of the book were printed. Four of those copies were donated to Newmarket Public Library’s history collection. And one of those was chosen to be scanned, electronically digitized and uploaded to the library’s digital history collection.

“We are very happy to have this important book available in a digitized version that anyone can access through our website,” says Angele Barnett, the library technician in charge of the project. “Especially since the several copies of the book that we received over the years have become worn.”

Having the book digitized provides everyone with an opportunity to read it online, which will help in preserving the original copies from further wear and tear.

The book provides a fascinating journey back into the past, but it almost didn’t get published.

In 1953, Trewhella was authorized by Newmarket Council to write a history of the Town’s early years. This was after the library board recommended her as the right person for the task. Trewhella was a local author and historian who had already written a couple of history books, The Yonge Street Quakers, published  in 1937, and The Story of Sharon, which was made available in 42 instalments in the pages of The Era and Express newspaper during 1951 and 1952. For her writing and work with the Sharon Temple, Trewhella was honoured with a lifetime membership in the York Pioneer and Historical Society.

It took her several years to complete her research and write the book. She spent a great deal of time poring over archival documents and interviewing longtime residents of Newmarket who provided first-hand accounts of days gone by. It wasn’t until 1957 that she completed the manuscript and presented it to the Town.

And at that point it fell into limbo.

For a number of years, several different town councils and committees were divided over what to do with the manuscript. At one point, a major Canadian book company was approached about publishing the book, but the company felt it wouldn’t be financially feasible since it would likely only appeal to a small readership. As the years went by, deliberations continued and the book was put in storage.

For a long time, its future was uncertain.

Then in 1967, 10 years after the manuscript was handed in by Trewhella, the town council decided to print 600 unedited copies. Sadly, Trewhella didn’t get to see its publication; she had passed away in 1959. However, in recognition of her achievement, Council dedicated the book to her.

Newmarket Public Library is proud to have this important historical document as part of its online history collection. It is a compelling book that anyone interested in the growth of our town will appreciate. You can read History of The Town of Newmarket at https://bit.ly/2DhAtP8

Missing Barrie woman, 19, known to frequent York Region (update: located)
May 27, 2020 4:50 PM
Comments
We welcome your feedback and encourage you to share your thoughts. We ask that you be respectful of others and their points of view, refrain from personal attacks and stay on topic. To learn about our commenting policies and how we moderate, please read our Community Guidelines.