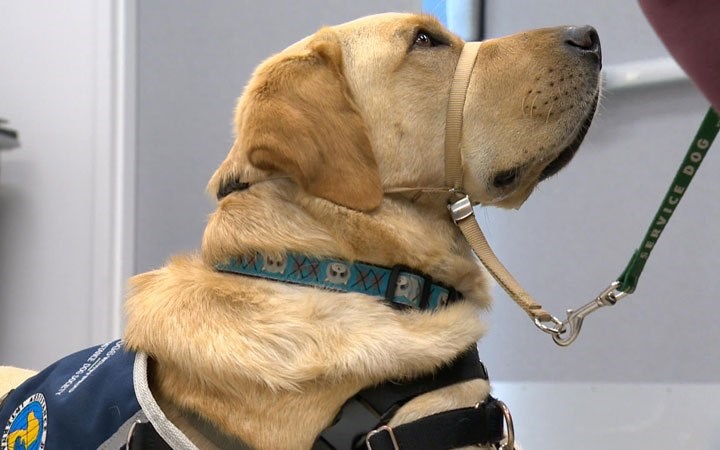 The York public and Catholic school boards are reviewing their policies for service animals to accompany special needs students in their schools after the Ontario government this week ordered all schools boards in the province to have rules in place by Jan. 1, 2020.

The local boards are among an estimated half of Ontario’s 72 school boards that already have procedures in place for allowing service animals to attend school with students.

“The York Catholic District School Board (YCDSB) recognizes that students are best served in programs that are planned and implemented in a manner that meets the unique needs of the student,” spokesperson Mariann Gordon said in an emailed statement. “YCDSB has an established protocol for accommodating service dogs in schools, to support students with special needs. This existing protocol is in the process of being expanded and formalized into a new policy which will be in place prior to the province’s January 2020 deadline.”

“I don’t have statistics readily available, but I know that we do have students who are being supported through our protocol by their service animal,” he said.

All boards must develop and implement policies and procedures that explicitly allow a student to be accompanied by a service animal when it would support the student’s learning needs, as well as provide a mechanism to handle concerns such as allergies from students, staff and others.

"I want to ensure that every child, irrespective of their needs, has the opportunity to achieve their highest potential," said Lecce. "Every child has inherent human dignity, particularly those with special needs, and that is why this positive step forward, led by Sam Oosterhoff and Amy Fee, will help support the success of all kids in the classroom."

"It's important to our government that students with special needs never fall through the cracks and having service animals in Ontario schools will help ensure these children have access to a meaningful education," he said.

Fee said she cares “deeply about Ontario students with special needs and thinks about them everyday”.

"As a government, we are applying a compassionate eye to how these children are treated so we can enable their learning," said Fee, who was successful after a long battle to have her autistic son's service dog attend school with him.

According to the York public board accessibility policy, a service animal is a specially trained animal used to provide accommodation support to a person with a disability, that is either readily apparent or supported by a letter from a regulated health professional.

Newmarket school counters racist graffiti with message of their own
Feb 20, 2020 1:48 PM

UPDATE: Youths aged 13, 15 ,16 charged with assault, armed robbery
Feb 20, 2020 12:23 PM
Comments
We welcome your feedback and encourage you to share your thoughts on this story. We ask that you be respectful of others and their points of view, refrain from personal attacks and stay on topic. To learn about our commenting policies and how we moderate, please read our Community Guidelines.