'Either York Region failed to tell the public that they were vaccinating 18-plus folks at Ray Twinney, or they are letting a large number of ineligible people get vaccinated under the radar,” says a 20-year-old hot spot resident
May 4, 2021 2:45 PM By: Debora Kelly 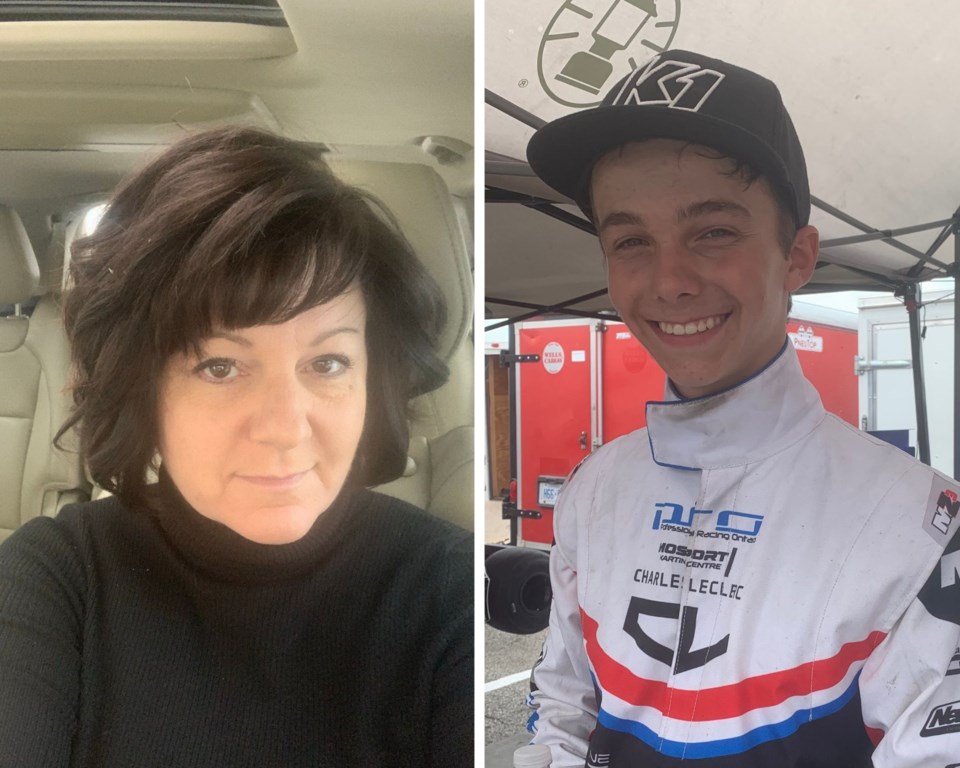 Newmarket resident Tracey Buttery was shocked and frustrated when her son, Logan, was denied his vaccine appointment at the Ray Twinney vaccination centre after she had been told by a clinic worker he was eligible due to his viral asthma.Supplied photo

The province’s announcement that the eligible age for vaccinations would drop to 18 and older in 114 COVID-19 hot spots as of Monday may have felt like salt being rubbed into the wound for some York Region residents who have anxiously been awaiting their doses.

The minimum age for vaccination eligibility remains 35 in York Region hot spots, though the public health unit has expanded access from six of the high-priority communities to residents and workers in all 16 hot spots in Holland Landing, Richmond Hill, Markham and Vaughan.

“It seems to me that the medical officer of health is using the 18-year-olds-plus as political pawns in an effort to secure more vaccine supplies for York Region,” said Richmond Hill resident Howard Weingarten, who has sent several emails to Dr. Karim Kurji expressing concern about the delay in eligibility to younger residents, while watching in growing frustration as neighbouring Toronto and Peel vaccinate their hot spot residents aged 18 and older.

He said he’s not buying the explanation from York Region that it isn't receiving enough supplies of the vaccine to expand the rollout to younger ages in hot spots.

“Kurji is playing games with the potential health of young people who are frontline workers in grocery stores, pharmacies and take-out restaurants in hot zones. In a lot of cases, these young people are working to pay for their education and live in multi-generational homes,” Weingarten said.

“If York wants and needs more vaccines, they are going about it the wrong way. The potential health and well-being of these 18-year-olds and up in hot zones should never be used as a bargaining chip. No other region in Ontario is pursuing this policy,” he added.

Frustration and confusion about eligibility — as well as concerns about inequity in the vaccine rollout in York Region — began for 20-year-old Vaughan hot spot resident Abigail Fisher when she found out that about 20 of her friends were able to get vaccinated at Newmarket’s clinic operated by Southlake Regional Health Centre last month.

“A lot of my friends and (their) families were going to get vaccinated, so that’s why I was wondering if I was eligible because everyone else was going,” she said.

On the evening of April 14, Mackenzie Health acknowledged with a Twitter post that the booking system “listed some incorrect eligibility” for its clinic at Cortellucci Vaughan Hospital and at Southlake’s clinic, allowing hot spot residents aged 18+ to book appointments.

The hospital requested that ineligible residents cancel their appointments.

While Mackenzie Health stated the online booking page had been “updated” on April 14, Fisher said her friends were still able to book appointments for the Ray Twinney clinic on April 16 and 17, well after Southlake had acknowledged “the whole fiasco.”

They were able to get vaccinations in Newmarket during the week of April 19, she said, adding none of them were eligible due to high-risk chronic health conditions or health-care jobs — “This goes against the vaccine rollout York Region has online.”

“I was just really upset and confused because (Southlake) was vaccinating people 18 and older ... and no one could really give me an answer,” said the university student who had frantically attempted to confirm with York Region Public Health and Southlake that she could also get her vaccine.

“Everyone I spoke to said I was not eligible. When I told the representatives about the situation, they had all said that they were not responsible for the booking system and vaccination rollout. When I called Southlake, they told me to call York Region Public Health, when I called York Region Access York they told me to call Southlake. No one would give me a direct answer as to what was going on.

“I was just trying to do the right thing and see if I’m eligible or not. Either York Region failed to tell the public that they were vaccinating 18-plus folks at Ray Twinney, or they are letting a large number of ineligible people get vaccinated under the radar,” she added.

Fisher even sent an email to Newmarket Mayor John Taylor, who reached out to Southlake on her behalf.

“Basically I was told I wasn’t eligible while my friends were still getting vaccinated at Ray Twinney,” Fisher said.

She would still like an explanation as to why she was told only residents aged 35 and older were eligible, while her friends were making appointments and getting vaccinated.

“I am very happy that more people are getting vaccinated,” she emphasized, “but I am frustrated by how York Region is handling the vaccine rollout. I was super shocked when this was happening because I’ve been following the rollout very closely for myself and for my parents and family,” Fisher said.

“I have friends who are essential workers who would be upset, knowing that they could have got vaccinated. This situation is very inequitable and unethical.”

Southlake would not answer a direct question regarding the vaccination of residents aged 18 and older who were not eligible, citing “privacy reasons.”

“We understand that some people are experiencing frustration when trying to book appointments and we are doing our best to ensure those who are eligible according to York Region Public Health’s eligibility criteria are the ones who are vaccinated at the Ray Twinney Vaccination Centre,” said Southlake spokesperson Kathryn Perrier in an email statement.

York Region has stated it will continue to offer additional appointments and expand eligibility criteria as more vaccine becomes available.

“We are hearing from some people living in hot spots that they are coming to the centre because they believe they are eligible based on the provincial criteria and recent comments made in news conferences,” Perrier said.

Newmarket resident Tracey Buttery said she was also left feeling confused and frustrated when she was turned away from the Ray Twinney clinic with her son last week.

When she received her vaccine several weeks ago in Newmarket as an eligible caregiver for her son, who is autistic, she asked if her 18-year-old son is eligible as he has viral asthma.

She was told yes by a clinic worker, so Buttery began visiting York Region's booking website daily for about two weeks until she was able to finally get an appointment for Logan under the high-risk category for a respiratory illness.

When they arrived at the centre, she was shocked when she was told the criteria had changed and individuals with asthma are not currently eligible.

“I made the appointment in good faith because I was told by (them) that I could. How was I supposed to know the criteria had changed?” said Buttery, adding her husband had taken time off work to care for their other children at home.

“How do you qualify one week, and the next week you don’t?” she questioned. “They should have honoured that appointment.”

Buttery was told by the clinic worker she was required to check the website daily to verify criteria.

“So parents like me — I’ve got four kids and I’m home schooling now, I had to change my hours, I used to work during the day, now I home school all day, go to work at night — have to check the website every day to see if they’re going to cancel my appointment?” said a frustrated Buttery.

“I’m sorry, but that’s way too much work,” she said, adding that she should have been notified of the cancelled appointment.

“So that spot remained empty, and we’re not allowed to line up to wait for a cancellation. How many times a day does that happen?"

The provincial website currently indicates individuals with at-risk conditions, including respiratory diseases such as asthma, bronchitis, pneumonia and pleurisy, will be eligible for the vaccine as of May 10.

“I’m frustrated, I’ve been hiding my son at home,” not allowing him to see friends or work, as he has previously ended up in hospital due to his asthma that is triggered even by a cold, Buttery said. “My doctor said, 'obviously you don’t want him to get COVID'. I was so happy that I got this appointment, and then they turned me away.

“Apparently it was better to waste a spot than vaccinate someone with asthma.”

Meanwhile, Fisher was thrilled to be able to book her vaccine appointment at a Toronto clinic for this week now that the province has opened eligibility to hot spot residents age 18 and older.

“I want to protect myself and others who are high risk,” she said.

She has been staying at home — she hasn’t seen her friends in more than a  year — doing remote learning, and following all the public health guidelines.

”My parents are high risk, thankfully they are vaccinated now, but I would feel safer as well if I had some immunity against it,” she said.

“It’s been a rough time,” she said of life in a York Region COVID-19 hot spot.

Editor's Note, May 16: This article has been edited to remove a social media comment that may have given the incorrect impression that security enforced the departure of residents ineligible for vaccines at the clinic operated by Mackenzie Health.