With the goal of fighting local poverty, the $110M fundraising goal is the largest of the newly merged organization that includes York, Toronto and Peel
Sep 17, 2018 1:18 PM By: Kim Champion 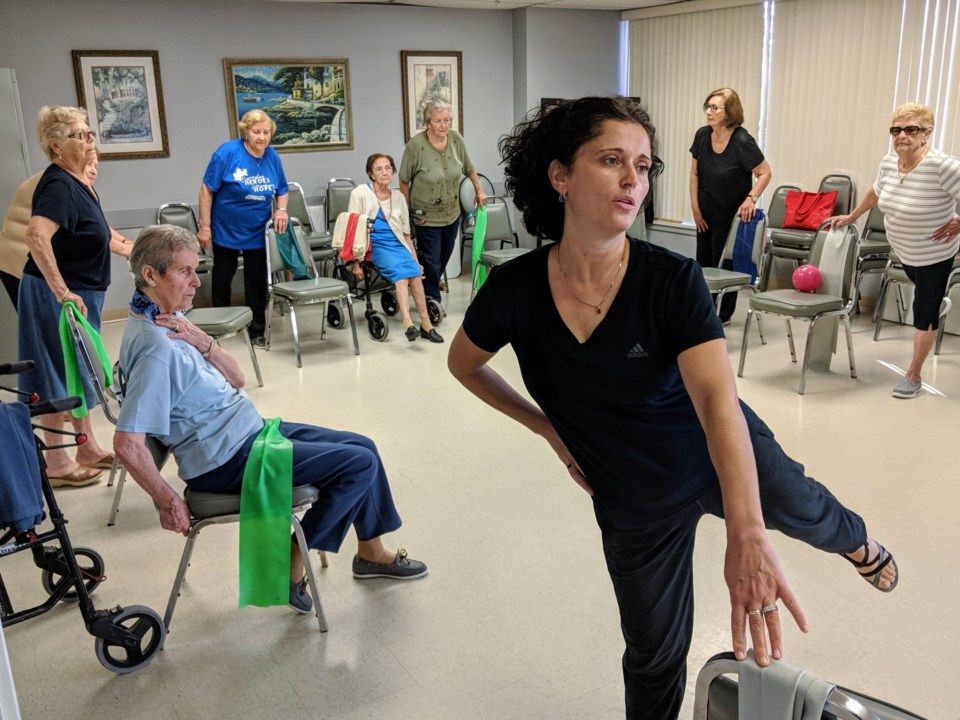 The “fiercely local” kickoff of United Way’s 2018 campaign carries with it an unprecedented fundraising goal of $110 million to fight local poverty and help those most in need in York Region, Peel Region and Toronto. Last year, the largest, non-governmental funder made a record-setting $105-million investment in local charities. It’s also one-quarter of the way toward its Uprising of Care goal, which hopes to engage one million people to get involved in making their community a better place in simple ways such as volunteering.

“In less than a year, more than 250,000 have joined the Uprising,” United Way Greater Toronto president and CEO Daniele Zanotti said in an interview. “People care about their community, they’re re-engaging and they want to know about how local love is playing out.”

At today's campaign kickoff at CHATS in Woodbridge, a United Way-funded community outreach program that provides support and services to seniors so they can live independently, it was almost business as usual. Volunteers from the City of Vaughan and United Way were on hand as the day’s exercises began for program participants.

CHATS programming is delivered three days a week within the same building in which seniors are living independently. Residents can take part in exercise classes, a lunch every Tuesday, knitting club, simple games and bingo on Fridays.

“The social isolation (of seniors) is something that can be a challenge, and can contribute to depression and chronic illness,” said CHATS CEO Christina Bisanz, who is also a Newmarket councillor. “Our focus is on the well-being and health of our clients. There’s a social engagement focus, as well, to help seniors become more informed and engaged.”

The program’s content is bilingual, in English and Italian, plus there are two other outreach initiatives serving seniors of Iranian and Russian backgrounds.

Bisanz said the local impact can been seen in the results of its client surveys, taken before and after participation in the program.

“We ask about their feelings of self-worth, of self-esteem, and at the beginning, the ratings are quite low,” said Bisanz. “After the program that changes. They say they feel more self-confident and more a part of their community.”

In a statement issued today, Zanotti said: “Increasingly, the issues facing the GTA know no municipal boundaries. Our shared solutions shouldn’t either. The need for a helping hand close to home is true across our region. While our first campaign as United Way Greater Toronto – working with communities in Peel, Toronto and York Region – is our biggest, it’s also really, really small. Because it’s about giving back, connecting with each other and working with community – from Mississauga to Midtown to Markham. Together, we’re fighting local poverty in all its forms.”

To learn more about how you can get involved, visit United Way Greater Toronto

CANADA: Black reading lists are being widely shared, but what’s it like trying to find books for children?
Jul 12, 2020 8:55 PM

Heat wave reminds us of the importance of trees, shade
Jul 12, 2020 5:25 PM
Comments
We welcome your feedback and encourage you to share your thoughts. We ask that you be respectful of others and their points of view, refrain from personal attacks and stay on topic. To learn about our commenting policies and how we moderate, please read our Community Guidelines.