Tickets on sale for Festival of One Act Plays

The Very Useful Theatre Company, in partnership with the Rotary Club of Newmarket, presents the third annual York Region Festival of One Act Plays Nov. 7 to 9 at the Old Town Hall
0
Sep 20, 2019 11:30 AM By: NewmarketToday Staff 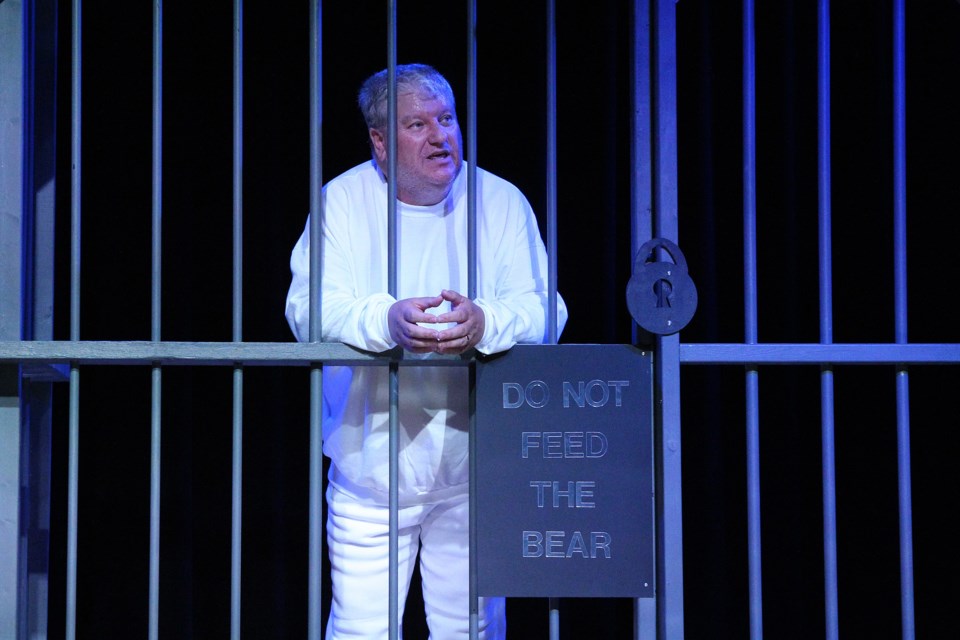 From last year’s York Region Festival of One Act Plays, a world premiere of Warren and the Polar Bear by Los Angeles playwright Jim Geoghan. This year’s festival features another of Geoghan’s plays. Photography by Greg King

Three nights—six wonderful plays… on one stage in Festival Square in the historic Old Town Hall in downtown Newmarket starting Thursday, Nov. 7 and continuing Friday, Nov. 8 and Saturday, Nov. 9. The Very Useful Theatre Company, in partnership with the Rotary Club of Newmarket, presents the third annual York Region Festival of One Act Plays.

This festival, which many theatre patrons look forward to each year, will see two delightful, one-act plays each night, for the price of one or six plays over three nights, it’s like those old double feature movie nights. A one-act play is distinct from plays that take place over several acts. A one-act play may consist of one or more scenes. The origin of the one-act play can be traced to the very beginning of drama in ancient Greece.

Friday, Nov. 8 night’s One-Act Plays showcases a hilarious comedy, The Next Ivan Sharansky, a world premiere written by Los Angeles-based playwright Jim Geoghan, the executive producer of The Disney Channel's The Suite Life on Deck. This is followed by an intense drama, Out, by Toronto playwright Ron Fromstein. The play was the winner of the Toronto Fringe Festival 24-hour contest —  a “new play development series: and a world premiere.”

Under the Bright Sun by Norm Foster is another classic comedy by Newmarket’s favourite son, Norm Foster. Norm has been a patron of the festival since 2017 and we thank him for his support.

The festival awards ceremony will take place in festival square in auditorium in the Old Town Hall after the Saturday night’s performances.

The Very Useful Theatre Company is a not-for-profit organization, the goal of which is to encourage and facilitate the performing arts and to utilize theatrical performances as fund-raising events for charitable organizations in our community.

The festival encourages, facilitates and promotes performances by emerging and well-known playwrights and artists that will have a beneficial effect on the performing arts in York Region. A portion of the proceeds of the festival will be shared with a local charity serving the community

The festival runs from Nov. 7 to 9 at the Old Town Hall in Festival Square in historic downtown Newmarket. Tickets can be purchased online or at Meridian Credit Union, 70 Davis Dr., Newmarket, 1-855-801-0322 or email vutc@rogers.com.