Think your taxes are too high in Newmarket? 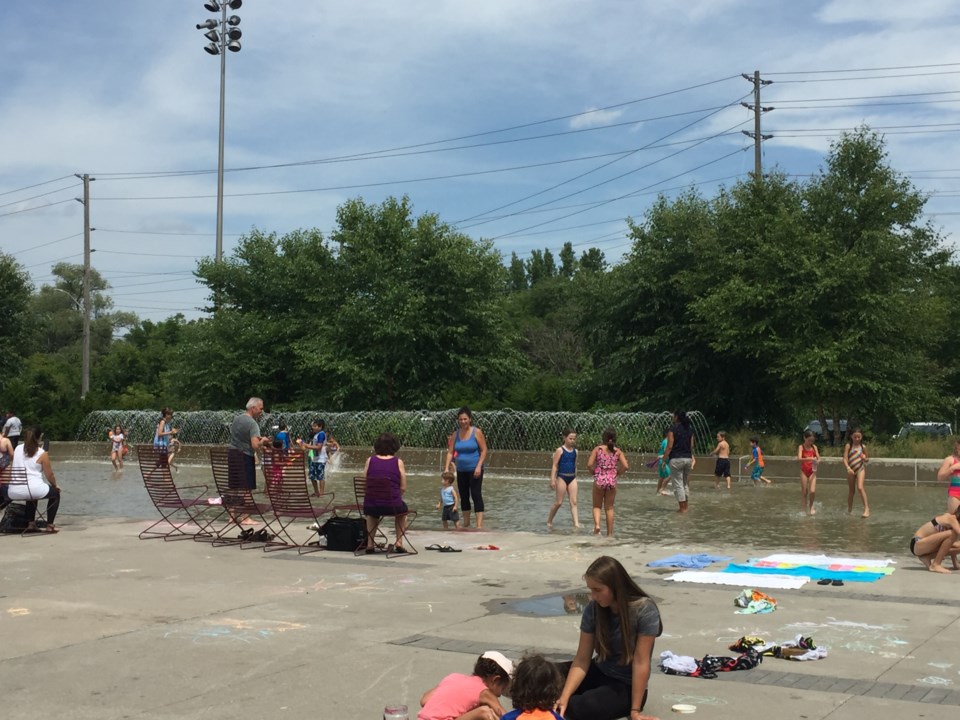 Riverwalk Commons is an example of a 'high-level' service provided to Newmarket taxpayers, the mayor says. File photo/NewmarketToday

There’s no topic like taxes to ruffle our feathers.

At first glance, a housing affordability report released this month by real estate website Zoocasa that ranks 35 Ontario cities and towns from highest to lowest based on local property tax rates appears to show that Newmarket taxpayers pay more than neighbouring municipalities such as Aurora, Vaughan, Richmond Hill and Markham.

That report is meant to flag the property tax bill to potential homeowners as a “considerable carrying cost that’s often overlooked, despite it being an ongoing annual financial obligation over the course of the home’s ownership,” Zoocasa managing editor Penelope Graham said.

Property taxes are a municipality’s main revenue generator and are calculated by multiplying a home’s assessed value, as determined by the Municipal Property Assessment Corp., by the town’s tax rate, and the provincial education tax rate.

In Newmarket, as is the case for other municipalities that are part of a two-tier regional government, the Regional Municipality of York’s tax rate is also added.

Newmarket’s 2019 property tax rate is 0.820466. To put that figure into perspective, the residential tax rate is a figure that a town can adjust to raise the cash it needs to cover the cost of the programs and services it delivers to residents, including fire protection, parks and recreation facilities, road maintenance, garbage pickup and more.

There is a close relationship between property values and property taxes: homeowners pay taxes based on how much their homes are worth. A town’s tax rate is set by adding up the value of all the homes, divided by the cost to deliver services.

“A tax rate is simply a rate at which you multiply a house value to get the budget you need to run your town,” Newmarket Mayor John Taylor told NewmarketToday. “A higher tax rate does not mean you’re paying more taxes.”

But make no mistake, while Zoocasa’s comparison of municipal tax rates is accurate, it’s more a reflection of property values and not a good indicator of anything else, Taylor said.

Newmarket ranked 12th on the list of lowest property tax rates, with Toronto claiming the top spot with the lowest and Windsor coming in dead last with the highest.

“The most important part about this is what are you getting for your money,” Taylor said. “What about the service levels? Some communities have outstanding services and I would argue that Newmarket does. We have outstanding recreation facilities, the Magna Centre, a youth centre, seniors centre, the Ray Twinney centre, incredible trails, we have beautiful parks and we’re adding parks.”

“And some communities have no recreation centre, they don’t have a full-time fire service, partially because they’re smaller. But, at the end of the day, what you’re getting for what you pay is crucially important, and you want to be sure your money is being used efficiently, that the town is investing and building an incredible community and providing you with a high level of service,” Taylor added.

Taylor offered as an example of a “high-level” service the town provides is that the sidewalks are plowed all winter long.

Taylor points to the annual municipal finance consulting report known the BMA Municipal Study that compares municipal spending on services and how much those municipalities collect on a per-person basis as a better method to compare and contrast tax levels.

“In my opinion, the best comparison is the tax levy per capita,” he said. “Tax levy per capita tells you how much money a municipality raises on a per-person basis. Now, there’s no apples to pineapples comparison. If you have 100,000 people, how much are you collecting per person?”

The 2018 BMA study shows that Newmarket’s net municipal levy per capita is $1,359.  Markham collects $1,302 tax dollars per person, while East Gwillimbury collects $1,569, about $200 more per person than Newmarket.

“Newmarket's taxes are competitive and sustainable and we are investing in and building an outstanding community,” Taylor said.

You'll hear woodpeckers before you see them
Aug 8, 2020 3:30 PM
Comments
We welcome your feedback and encourage you to share your thoughts. We ask that you be respectful of others and their points of view, refrain from personal attacks and stay on topic. To learn about our commenting policies and how we moderate, please read our Community Guidelines.