The story behind Simcoe Day 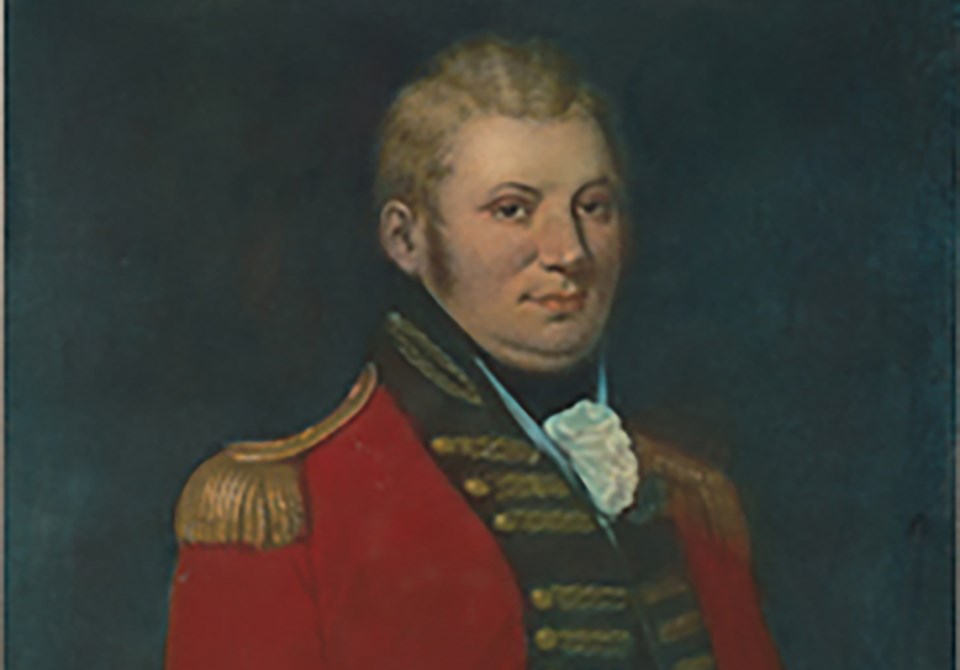 "Happy Civic Holiday" just doesn’t have a ring to it.

So, what about “Happy Simcoe Day”?

It has been suggested that the holiday on the first Monday in August be named for John Graves Simcoe, first Lieutenant-Governor of Upper Canada, now the province of Ontario.

The son of naval Captain John Simcoe, who helped to defeat the French and secure British North America, John Graves Simcoe had a distinguished military career of his own.

He joined the British army in 1770 at the age of 18, in time to fight against the rebels in the American revolutionary war. He led and trained the Loyalist Queen’s Rangers, and by the time he returned to England, had risen to the rank of Lieut.-Colonel.

In 1782, he met and married Elizabeth Posthuma Gwillim, and with her support – both financial and otherwise – entered politics. In 1791, he was appointed as Lieut.-Governor of the colony, although it wasn’t until the following year, accompanied by his wife, 2-year-old daughter Sophia, and infant son Francis, that he arrived to take up his post.

In 1793, the Simcoes travelled through Ontario – leaving from York, and travelling up the Humber River. The goal was to help the new Colony prepare its defences, against an expected invasion by the Americans.

The Governor passed the Militia Act, which required all male inhabitants of Upper Canada between the ages of 16 and 60 to serve in time of war. He also moved the capital of the colony from Newark to York (now Toronto) because of its harbour, and its distance from the U.S. border, making it less vulnerable to raids.

Governor Simcoe is credited for helping to end slavery in the colony.

He had been much impressed by the story of Chloe Cooley. Cooley was a slave, brought to the Queenston area by a Loyalist fleeing the Revolution. When she became “unruly,” her owner had her bound, forced into a boat and taken across the Niagara River to the U.S., where she was sold.

Her struggles and screams for help were observed by witnesses, who reported the incident to the new Lieut.-Governor and the Executive Council of Upper Canada.

Simcoe’s law phased out slavery; children born into slavery after 1793 would be freed at the age of 25, and their children would be deemed freemen. The legislation also made it illegal to import slaves into Upper Canada – but not to sell slaves within the province, or in the U.S.

It wasn’t until 1833 that An Act for the Abolition of Slavery throughout the British Colonies was passed by Great Britain – enacted into law on “Emancipation Day,” Aug. 1, 1834.

The Lieut.-Gov. was tasked with building alliances with the First Nations peoples he encountered as he travelled through Upper Canada – again, with a view towards defence in case of American invasion.

In September and October of 1793, the Simcoes – accompanied by guides and Queen’s Rangers - travelled north and west, from York to Matchedash Bay. It was on this journey that Governor Simcoe renamed Lac La Claie “Lake Simcoe” after his father, and East and West Gwillimbury Townships after his wife, Elizabeth Gwillim.

Elizabeth, a noted diarist and artist, described the journeys in detail – including her meetings with notable individuals, like Mohawk leader Joseph Brant, and Ojibway chief Great Sail, encountered during a military salute and firing of guns, in celebration of a British victory.

“There were a party of Ojibway Indians here, who appeared much pleased with the firing. One of them, named Great Sail took Francis (her son, then a toddler) in his arms and was much pleased to find the child not afraid, but delighted with the sound,” she wrote.

The Simcoes left Upper Canada in 1796, never to return – but they left a lasting impact.

(With notes from the Archives of the Government of Ontario, Ontario Heritage Trust, the Diaries of Mrs. Simcoe, and other online sources).

While Southlake is cutting nurses, Simcoe hospitals are recruiting them
Sep 24, 2020 8:00 AM

'Won't be gathering for Thanksgiving:' Trudeau says COVID-19 2nd wave underway
Sep 24, 2020 6:47 AM
Comments
We welcome your feedback and encourage you to share your thoughts. We ask that you be respectful of others and their points of view, refrain from personal attacks and stay on topic. To learn about our commenting policies and how we moderate, please read our Community Guidelines.