All proceeds support the work of the family's charity, Many Hands, Doing Good
0
Jul 8, 2019 1:45 PM By: NewmarketToday Staff 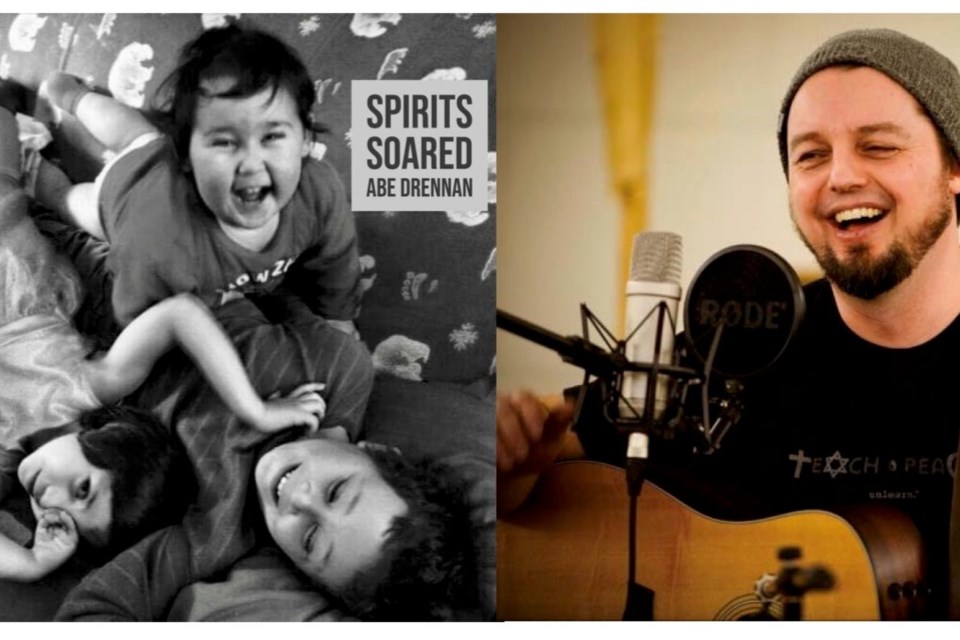 The single, Spirits Soared, was written in the memory of the Neville-Lake children and their grandfather, who were killed by a drunk driver Sept. 27, 2015. It is available today for download. Supplied photo/Many Hands, Doing Good

Today would have been Harry Neville-Lake’s ninth birthday.

And in remembrance of Harry, siblings Daniel and Milagros (Milly) and their grandfather, Gary Neville, who were all killed by a drunk driver in Vaughan on Sept. 27, 2015, family friend and folk artist Abe Drennan today released the single, Spirits Soared, the proceeds of which will go to the family’s charity Many Hands, Doing Good.

The single is a collaboration between Northwest Territories resident Drennan, who wrote the song, and Los Angeles-based singer-songwriter and producer Jason Manns. Spirits Soared is now available for download at iTunes, Apple Music, Spotify and more.

Drennan’s full album, The Iglu Sessions, will be released on all platforms Aug. 1.

The song was sparked by a video Drennan saw of the children dancing and playing together.

“The music playing in the background of the video had a lyric with the word paradise, and this was the moment that the song began to form,” Drennan said in a statement.

He said he felt the tragedy and injustice were so great that he was compelled to capture the joy of the children, the love of their grandfather and to bring attention to the issue of drinking and driving in the song.

Drennan first recorded the tune in his kitchen in Inuvik in November 2015.

Upon sharing it with the family, the children’s aunt and daughter of Gary Neville, Josephine Neville, was determined to help share the song with the world.

Josephine called friend Jason Manns to produce the single. She set up a recording session in Inuvik between Drennan and Manns, who made the trek to Inuvik in the Western Arctic in spring 2016. The pair had never met, but spent a weekend in the iconic Iglu Church recording Spirits Soared, and became fast friends.

Drennan hopes that the proceeds of the single will help Many Hands, Doing Good accomplish some of its future goals and bring a measure of peace to the Neville-Lake family and others who have suffered great loss.

The not-for-profit organization Many Hands, Doing Good, was born from the community response to an unspeakable tragedy, charity spokesperson Andy Pattenden said in a statement, and the mission is to nurture and inspire children and students who have suffered the effects of trauma through art, dance and music.

The strength and support that the community came forward with ignited the desire to give back in a way that would reinforce the passions of Milagros, Harry, Daniel and Gary. Milagros' love for music, Harry's ingenuity and creativity for art, Daniel's passion and perseverance for dance, and  Gary's fascination with everything broadcasting.

“These are passions that help inspire people to create a positive presence in our community,” Pattenden said.

To learn more about Many Hands, Doing Good, visit here.

Here's what you need to know about the Many Hands, Doing Good annual fundraiser: