Guest columnist and longtime Newmarket resident Wes Playter delves into the past of the house built in 1865
Jul 6, 2019 8:00 AM By: NewmarketToday Staff 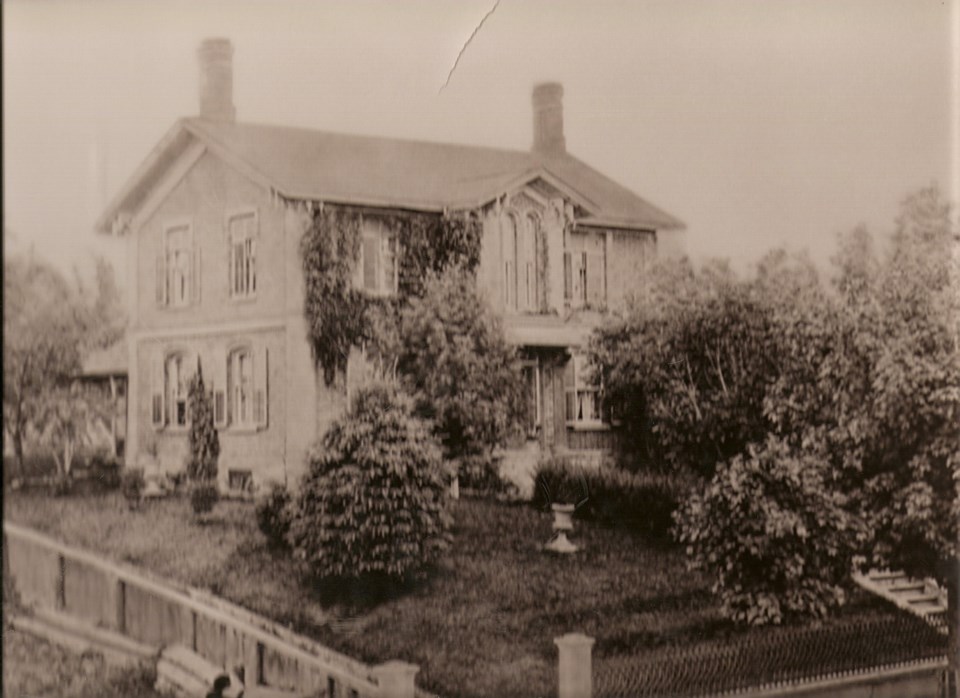 Today’s Remember This? weekly feature is a guest column by Wes Playter, who is the past-chairman of Heritage Newmarket and past-president of the Newmarket Historical Society.

He publishes coffee table books on our town’s history and performs lectures for organizations and schools. Playter has a degree in Canadian history from the University of Toronto and is a recipient of the Ontario Heritage Award and the Queen’s Jubilee Medal.

He lives in Newmarket with his wife, Juliana, and his daughter, Millicent.

Located at 74 Main St. South, Henry Harrison House is one of the most picturesque residences in the downtown area.

The house is now the Grey Goat Pub & Grill, styled the oldest of its kind in town, and was built of locally manufactured Stickwood bricks. A large, elaborate verandah was eventually redeveloped into a patio.

This historical house was built around 1865 and it was the original home of Henry and Ann Harrison. The builder of the house is presumed to be local Jacob Johnson.

The two-storey residence is built on a stone-rubble foundation and features a dominant gable roof and picturesque arched windows.

There has always been a mystique surrounding the history of the house which, some say, is due to the fact that the original owner passed away in the house. Previous owners and employees of the current pub have stated they believe the house is haunted.

Perhaps some of that mystique is due to the fact that the residence was used as a funeral home in the 1930s.

With all of its rich history, we are fortunate to have one of Newmarket’s oldest residences for residents to enjoy.

You'll hear woodpeckers before you see them
Aug 8, 2020 3:30 PM
Comments
We welcome your feedback and encourage you to share your thoughts. We ask that you be respectful of others and their points of view, refrain from personal attacks and stay on topic. To learn about our commenting policies and how we moderate, please read our Community Guidelines.