'I can’t ask people to put their crisis on hold,' says the executive director of the already-stretched-thin Women's Support Network of York Region after the Ford government halts a promised funding increase
Mar 7, 2019 1:45 PM By: Kim Champion 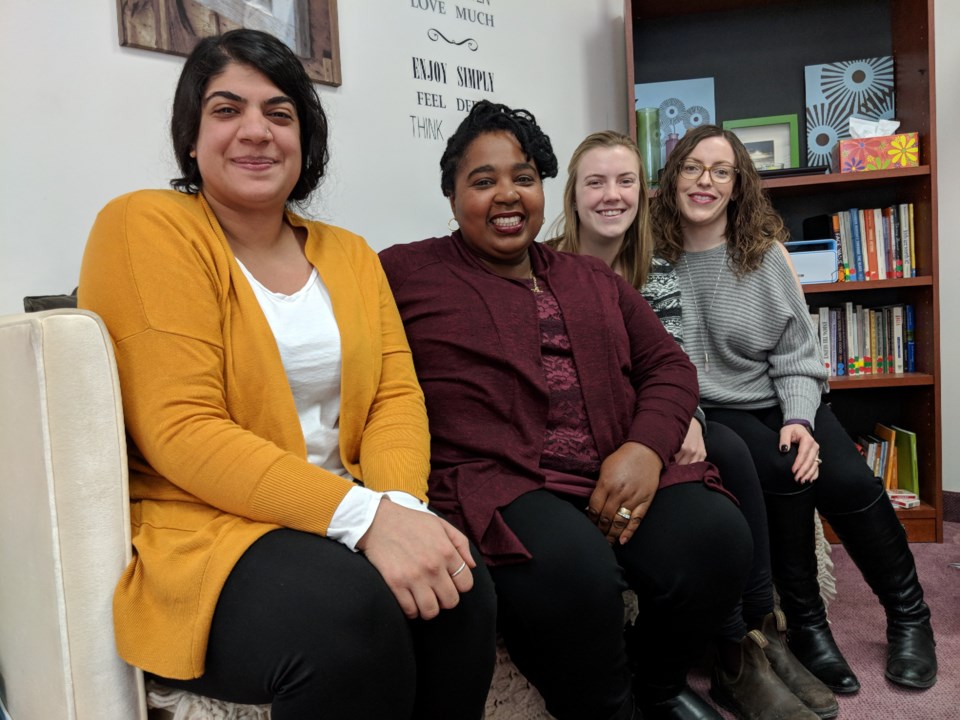 The Women’s Support Network of York Region, based in Newmarket and serving survivors of sexual violence across the region’s vast urban and rural terrain, was to receive an $89,000 top-up this year approved under the former Liberal government.

That would have helped the centre reduce its 47-person waiting list for one-on-one counselling and hire permanent staff to meet an increasing demand for service fuelled by the region’s growth and movements such as #MeToo and #TimesUp, which have exponentially raised awareness of sexual violence across the globe.

Now, that cash infusion is on hold while the Ford government conducts a funding review “to establish a more integrated and effective victim services system, while eliminating unnecessary duplication and overlap”, according to a Ministry of the Attorney General statement.

Current funding levels for Ontario’s 42 sexual assault centres will be maintained for 2019-'20, along with an additional, one-time $1-million boost to split between them.

The province’s rape crisis centres were expecting a funding increase of more than 30 per cent over three years. Funding for 2020-'21 is not yet known.

“For survivors, not only are they confronted with a waiting list after having the courage to step forward or disclose something traumatic they’ve experienced, but when they access a service they find out it’s time-limited because we can’t continue to offer the service on a permanent basis,” Women’s Support Network executive director Jackie Benn-John said. “I can’t ask people to put their crisis on hold.”

As the one sexual violence crisis centre  that delivers services, programs and public education across the region’s nine municipalities to community partners and survivors of all aspects of sexual violence, including human trafficking and online sexual violence, its resources are already stretched thin, Benn-John said.

“A lot of our rural areas have unique challenges because there (are) a lack of local community services and supports and inadequate transportation,” said Benn-John. “We need staff that can go out and meet with these women at common places in their community. We had a worker that had to go grocery shopping to meet with a client inside the store because traffickers were waiting outside.”

“Not everyone can benefit from a 24-hour crisis line, it ends up providing far more supportive counselling than immediate crisis help because people are trying to bridge the gap while they wait for one-on-one counselling,” she added. “They’re encouraged to call as one way to mitigate that.”

The current wait time for individual counselling is, on average, three to six months. For survivors addressing childhood/historical sexual abuse, the wait can be as long as nine months.

“We’re trying to mitigate the waiting list by being creative and offering more group counselling such as a weekly expressive art group, and other programs we’re negotiating with partners in northern York Region,”  said Benn-John, adding that a funding shortfall limits the centre’s outreach to more remote and isolated communities.

“You want to know that there are supportive and responsive services in your community in the event you ever need it, or you need to refer a co-worker, neighbour or your friend,” she added. “That’s what survivors want to know, that something is always there.”

“We certainly appreciate the funding provided and that will allow us to offer groups that are short-term,” Benn-John said. “But what do we do when a school asks us to come out? Or a community partner asks us to deliver an educational program? We can’t meet all of this in our current fiscal year. If we’re not getting the funding, how are we going to meet these needs?”

There’s no doubt the centre will have to ramp up its own funding efforts this year, Benn-John said.

“It’s been tough for a long time, but now it feels like we’re stuck between a rock and a hard place. Sexual violence is not a woman’s problem, it’s a society’s problem,” she said.

“I would hope the funding would help us to sustain whatever programs we implemented and that survivors can rest assured in knowing something is there long-term because healing is a journey,” said Benn-John.

The centre’s core services are funded through the Ministry of the Attorney General and include its 24-hour crisis line, individual counselling and public education.

In addition, the Women’s Support Network in 2016-'17 received a grant through the Ontario Trillium Foundation to work with human trafficking survivors. The program provides crisis prevention and intervention, case management and 24-hour crisis line services to women and young girls who have experienced sexual exploitation.

Past funding has also been provided by the Justice Ministry, Canadian Women’s Foundation and Canada Summer Jobs.

496: participants of groups and workshops

10,530: volunteers hours for such things as the 24-hour crisis line