YourStop website tracks buses to provide YRT/Viva users with details about next arrivals quickly and easily
0
Dec 15, 2018 8:45 AM By: Kim Champion 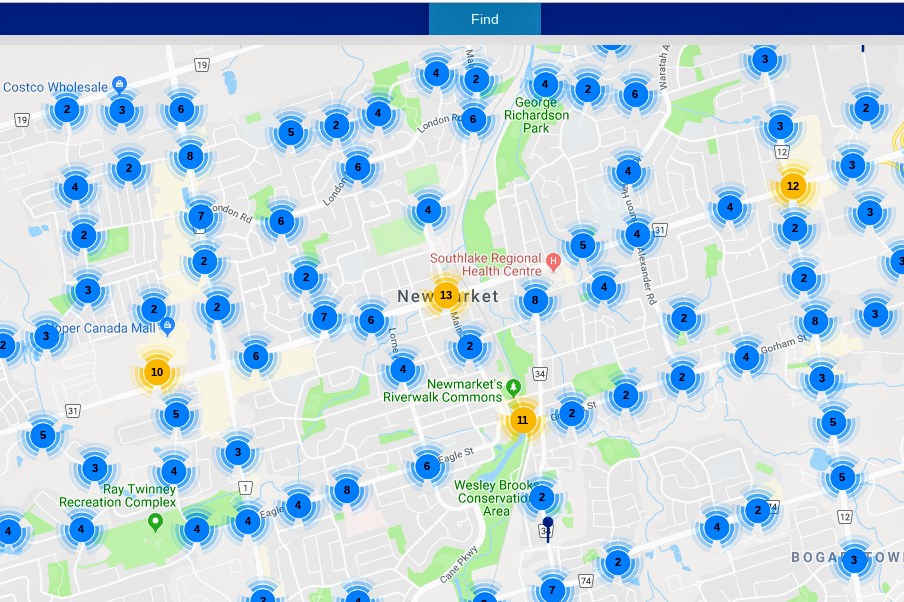 YourStop, online here, is compact, easy to use and displays equally well on mobiles and desktops, said IT professional Paul Harrington, who developed the site independently in his spare time over the last two years.

"The website's main focus is to allow users to find next arrivals at bus stops quickly and easily," he said in an email interview from his home base in Ireland. "Live predictions are given when available and buses can be tracked in real time."

Harrington said he doesn't have a particular connection to York Region or York Region Transit.

YourStop is based on an open standard called GTFS and YRT/Viva provide reliable scheduled and real-time data in this format, he said.

"It implemented a part of the specifications that I hadn't seen before, where they gave the occupancy level of buses. This caught my attention and was the main reason I consumed the feed and published it in YourStop. YRT has since removed this feature for reasons unknown to me."

He deve​​loped, owns and runs the site on his servers, at his cost, he said.

"It is still in the early stages and usage is low," he said, with 190 regular users retrieving information in the last 28 days.

He first launched the site about a year ago, but added extra features over the summer, and enhanced the design in collaboration with University of Maryland, Baltimore County students, before relaunching last month.

"The difference between now and a year ago is that users seem to be sticking with YourStop once they hear about it and use it a few times. I am hoping to get to a sufficient number of users where word-of-mouth kicks in and numbers increase without much intervention on my part."

York Region communications, community engagement and marketing manager Christine Terin said YRT provides riders with the data it feels is most relevant, such as real-time information, schedules and bus stop look up.

"We publish Open Data on yrt.ca to allow app and web developers access to use the data," Terin said. "YRT delivers Google Transit Feed Specifications (GTFS) and real-time GTFS content to Google for inclusion in their map services. All YRT routes are included in the GTFS data package."

In YourStop, users can find stops and information several ways:

To use the site like a mobile application, look for an "Add to Home Page" option when using it on a cellphone, which adds an icon on your screen. When launched, the look and feel is similar to native mobile applications, Harrington said.

YourStop is not affiliated with YRT/Viva or the Regional Municipality of York.

Newmarket Skating Club hosts provincial competition this weekend
Feb 20, 2020 4:30 PM
Comments
We welcome your feedback and encourage you to share your thoughts on this story. We ask that you be respectful of others and their points of view, refrain from personal attacks and stay on topic. To learn about our commenting policies and how we moderate, please read our Community Guidelines.