'There are more truckers on the highways than there would ever be police officers. These are vigilant people who are willing to help,' minister says
Jan 13, 2021 4:30 PM By: Jessica Owen 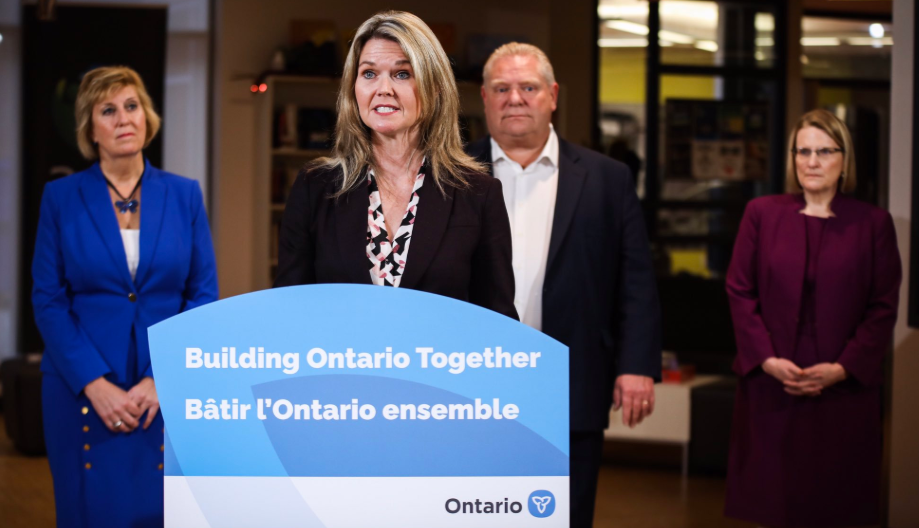 Simcoe North MPP Jill Dunlop, the associate minister of children and women's issues, speaks at a news conference where it was announced she and Solicitor General Sylvia Jones would head a new provincial human trafficking initiative. File photo

Multiple provincial ministries are working together to end human trafficking in Ontario.

Last week, the province announced changes at ONRoute highway rest stops across the province as well as training for the trucking industry to help identify the signs of human trafficking.

Improvements will include adding additional cameras and lighting to the stops, intending to deter human traffickers.

“The trucking industry has really stepped up to educate drivers,” said Dunlop. “There are more truckers on the highways than there would ever be police officers. These are vigilant people who are willing to help.

"We know that traffickers use the 400-series highways and the ONRoute locations, because it’s easy to move people along those highways. People are coming and going all the time,” she said.

Work has been underway since 2019 to address human trafficking that occurs along the 400-series highways in Ontario.

The Project Maple Leaf campaign includes a short video, shown on video messaging boards at numerous ONroute locations, educating people with tips and some of the signs to look for in potential human-trafficking cases.

The video was shown in a two-minute loop at 20 locations across the province throughout that month, with the potential for more than 16 million views.

Since then, Dunlop says much progress has been made.

In November 2019 after a summer of provincial consultations on human trafficking, the province announced $20 million in annualized funding for organizations doing work with human trafficking victims.

“It came from hearing input from survivors, Indigenous communities and organizations, law enforcement and front-line service providers. There was a focus on providing funds to organizations that are led by survivors,” said Dunlop.

“We really are working across ministries to see how other ministries can step up and be part of the solution,” said Dunlop.

Dunlop said children are also now being taught the signs of human trafficking as part of the physical education curriculum in Ontario schools.

In August, the province also announced the creation of a human trafficking awareness digital tool, called The Trap. The Trap simulates being targeted and recruited by a sex trafficker, and is intended to be used by a facilitator to teach teens about the dangers and warning signs of human trafficking.

Overall, Dunlop hopes more education will help quash human trafficking across the province and at home.

“When I’ve talked to people here in my riding, I hear, ‘I didn’t know this happened here.’ When I’ve told them more, then they want to help. They want to be part of the solution,” said Dunlop.

“It’s happening here, in our own backyards.”