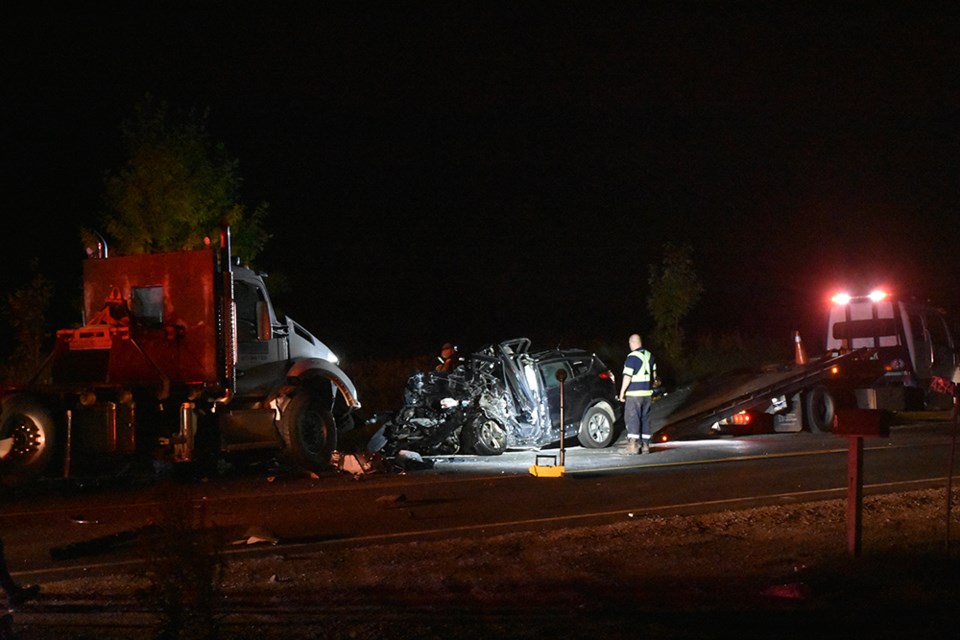 BRADFORD — South Simcoe Police Service officers continue to investigate the cause of a fatal collision in Bradford.

The head-on collision claimed the lives of a 37-year-old Newmarket man, his nine-year-old son and the man's 61-year-old mother who was from Barrie.

The victims were in a northbound SUV that collided with a southbound heavy truck on Yonge Street south of 14th Line around 4:30 p.m. on Friday, Sept. 20, 2019.

The adult victims were pronounced dead at the scene.

The child was rushed to hospital where he died of his injuries.

The truck driver was treated at the scene and released.

Steve Miller Band set to rock Casino Rama this summer
Feb 17, 2020 3:30 PM
Comments
We welcome your feedback and encourage you to share your thoughts on this story. We ask that you be respectful of others and their points of view, refrain from personal attacks and stay on topic. To learn about our commenting policies and how we moderate, please read our Community Guidelines.