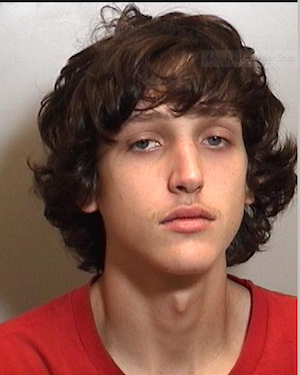 NEWS RELEASE
YORK REGIONAL POLICE
*************************
Investigators with the York Regional Police Homicide Unit have arrested and charged a second suspect in connection with the ongoing homicide investigation after a shooting that took place in East Gwillimbury in March 2019.

On Wednesday July 3, 2019, investigators, with the assistance of the York Regional Police Emergency Response Unit, attended an address in the City of Toronto and made a second arrest in connection with the death of 22-year-old Alex Perlmutter of Sunderland, Ontario.

He was found deceased as a result of gunshot wounds on March 27, 2019, shortly after 3 p.m., in the area of Ninth Line and Aurora Road.

Investigators determined that the shooting occurred in a parking lot at Queensville Side Road and Highway 48. The victim was driven to the parking lot on Ninth Line by a witness.

He will be appearing again before the Ontario Court of Justice in Newmarket on July 18, 2019.

He will be appearing again before the Ontario Court of Justice in Newmarket on July 19, 2019.

A third suspect is still outstanding. He is described as male, black, wearing a large chain.

Victim identified in Whitchurch-Stouffville shooting investigation
May 6, 2019 11:55 AM

Canada-wide warrant issued for suspect identified in Whitchurch-Stouffville homicide
May 8, 2019 2:19 PM
Comments
We welcome your feedback and encourage you to share your thoughts. We ask that you be respectful of others and their points of view, refrain from personal attacks and stay on topic. To learn about our commenting policies and how we moderate, please read our Community Guidelines.