The unexpected results when a pompous, self-styled writer employs a housekeeper in the Newmarket Stage Company's next production
Aug 11, 2019 1:30 PM By: Rod Urquhart 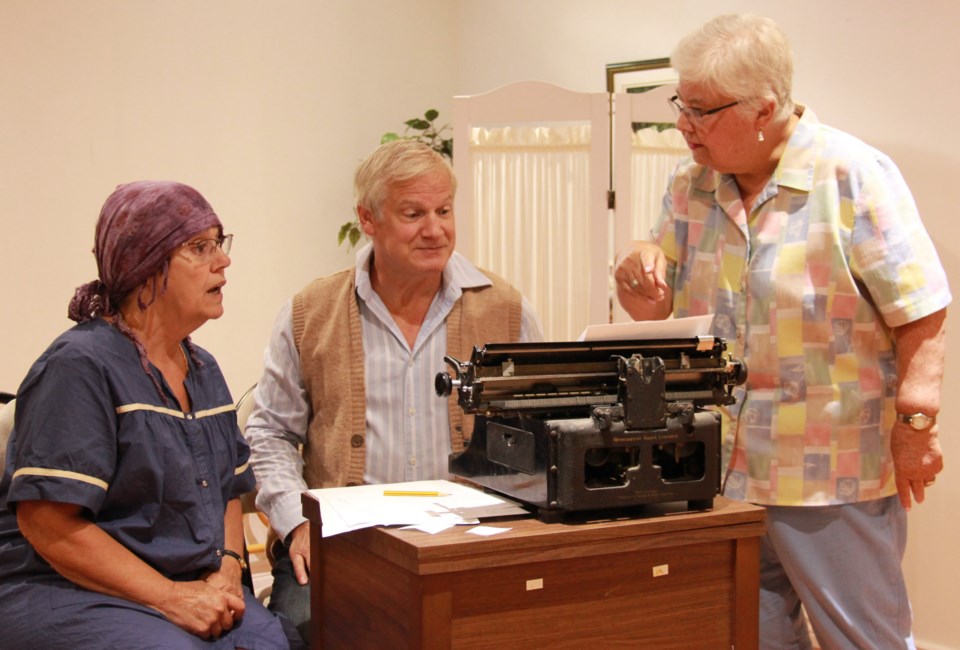 The ambitious and venerable Newmarket Stage Company is in full rehearsals for its upcoming hilarious, over-the-top comedy, The Housekeeper, hitting Stage 426 of the Newmarket Legion on opening night, Thursday, Sept. 5, with a very experienced cast of two.

Floundering after the death of his mother, a pompous, self-styled writer employs a housekeeper. When the housekeeper arrives, he is taken aback by her flippant attitude. The contrast in personalities has funny and unexpected results.

And best of all, this is the second time the actors and director have paired up for this splendid comedy, written by James Prideaux, by special arrangement with Dramatists Play Service Inc! It’s co-produced by theatre veteran Sue Meacock and longtime theatre member Peter Salt.

Lise Boily from Mount Albert plays Annie, the housekeeper, with much enthusiasm and brings much experience to the stage.

The fuddy-duddy writer is played by David Sansom of Richmond Hill, who has been involved in many aspects of theatre for more than 20 years,  and the director is Kay Valentine of Aurora, who has worked on this play for two previous stage performances and is a local theatre veteran.

Since 1986, Lise Boily has appeared in many comedies and musicals in Guelph, London, Richmond Hill and Aurora, most recently winning both the regional and provincial awards for an “outstanding performance” in the drama The December Man.

Dave Sansom says he is “having a blast” working on his third production of The Housekeeper with Lise and Kay.  He has worked on more than 75 TV, film and stage productions, including working with the Canadian Stage Company and Mirvish Productions. He has designed and built sets for summer theatre productions and now freelances as a pyrotechnician and sound designer, among other things.

Director Kay Valentine of Aurora has been involved in community theatre for more than 40 years and was a founding member of two groups: the South Shore Little Theatre in Keswick; and The Old Town Hall Players in Newmarket. She was with Theatre Aurora for several years and currently works with the Newmarket Stage Company and The Curtain Club. She has acted in and directed many productions. This is her second time directing The Housekeeper with the same wonderful actors.

Call the Newmarket Stage Company’s Box Office between 2 and 4 p.m. at 289-500-2114 for your tickets today! Tickets should go fast for this outstanding comedy! For more information, click here.