Researchers do acknowledge that there is room for improvement in how Ontario teaches math
0
May 10, 2019 9:25 AM By: The Conversation 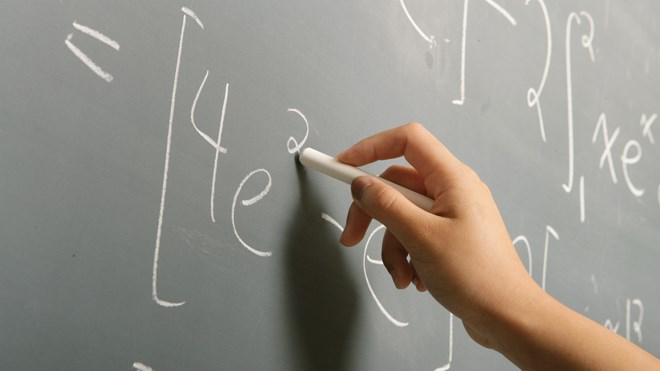 This article, written by Jennifer Holm, Wilfrid Laurier University and Ann Kajander, Lakehead University, originally appeared on The Conversation and is republished here with permission:

Some disturbing statements have been made recently about Ontario’s student math achievement and curriculum. Premier Doug Ford told the media that “Grade 6 students are the lowest math scores in the entire country” — this is false — and Minister of Education Lisa Thompson has described Ontario’s math curriculum as “failed experimental curriculum.”

We are mathematics education faculty members who also also have extensive years of experience classroom teaching in Ontario. We have researched math curriculum in Ontario and we spend much of our time working with future Ontario teachers and observing current teachers in classrooms.

We feel our provincial leaders’ portrayal of teachers’ efforts, and the developments in mathematics education over the past 20-plus years, has been disturbingly poor. Here’s why.

The myth of ‘discovery math’

During his campaign, Ford said many times that he wanted to get rid of the “discovery math” curriculum, and before this school year the minister of education issued a news release citing the end of “discovery math” in Ontario.

The current curriculum is not, and never has been, based on “discovery.” Discovery is not one of the verbs used in the curriculum to describe the actions of students in math classes.

If you do a word search on the Ontario math Grades 1 to 8 curriculum document, The words “discover” or “discovery” are not contained in the learning or process expectations. One sentence states students will “discover” a connection between effort and achievement on page 4.

The current curriculum advocates for the development of understanding, along with fluency. What are in the curriculum are words like “investigate,” “determine” and “explore” to explain students need to do mathematical thinking, not just compute formulas.

A more recent news release from the minister of education called for “back-to-basics” with math.

This statement overlooks the fact that the “basics” are not omitted in the current curriculum and never have been. Understanding the four fundamental operations (addition, subtraction, division and multiplication) and developing fluency with them is front and centre.

In fact, the Ontario Ministry of Education released a document early this school year, Focusing on the Fundamentals of Math: A Teacher’s Guide, showing how this learning has always been part of the current curriculum.

While he was campaigning, Ford also blamed the previous Kathleen Wynne government for alleged failures in math, stating that he intended to replace her “ideological ‘discovery math’.” Reality check: the previous government didn’t create the math curriculum. The research behind Ontario’s math curriculum did not even begin in Canada. The current curriculum is based on decades of worldwide research.

The National Council of Teachers of Mathematics is a U.S.-based math education organization that advocates for high-quality math teaching and learning and is the largest math organization in the United States or Canada. It also issues math principles and standards documents.

This council released a document in 1989 that described many of the principles that have guided Ontario’s current math curriculum since it was first launched in 2005 (a slight revision of a 1997 version) — that when children are doing math, they should create math understanding through investigating and exploring. These ideas are based on solid research, and they have been around for decades.

When you play the video in a recent animated tweet by Ford, it’s alleged that Ontario students haven’t been properly taught math “because of a program brought in by the Wynne Liberals called discovery math.”

The tweet also suggests the standardized provincial test, the EQAO is a “basic math test” — a comment that shows no grasp of what the EQAO assesses and also insults teachers’ hard work. Don’t take our word on it, look at the types of questions asked. If you look at the image below, you can see that simply memorizing formulas will not help kids do better on this test.

According to the EQAO, an additional 31 per cent of students are approaching the provincial standard (which translates to 60 per cent to 69 per cent).

Indeed, if you consider the 2015 Program for International Student Assessment (PISA) scores, Ontario is doing quite well in the world in terms of math. Québec is the only Canadian province statistically ahead of Ontario. It’s worth noting that Québec does not use a “back-to-basics” curriculum characterized exclusively or largely by learning formulas instead of mathematical thinking.

Having said all this, there is room for improvement in how Ontario teaches math. Ontario teachers were never universally given the professional development that should have accompanied the new curriculum released in 1997.

We teach people who are studying to be teachers, who are mostly products of Ontario’s educational system over the last 20 years. In our data on over 1,000 future teachers amassed over more than the last decade, we note most are still learning through memorizing formulas and procedures. In other words, very few have been taught using the current curriculum as it was meant to be taught since 2005.

After students spend a year “re-learning” math in our courses, using the mandates of the current curriculum as intended, the overwhelming response is they wished they had learned math like this before.

We propose that Ontario should provide significant and ongoing professional development and resources to teachers so that they can support students in truly learning math.

Let’s stop letting our leaders sell teachers short and instead hold them accountable for what they say.