The new 2.4-km stretch links to the Davis Drive rapidway, with connections to the GO train station, bus routes and Davis Highway 404 park and ride
0
Jan 3, 2020 10:01 AM By: NewmarketToday Staff 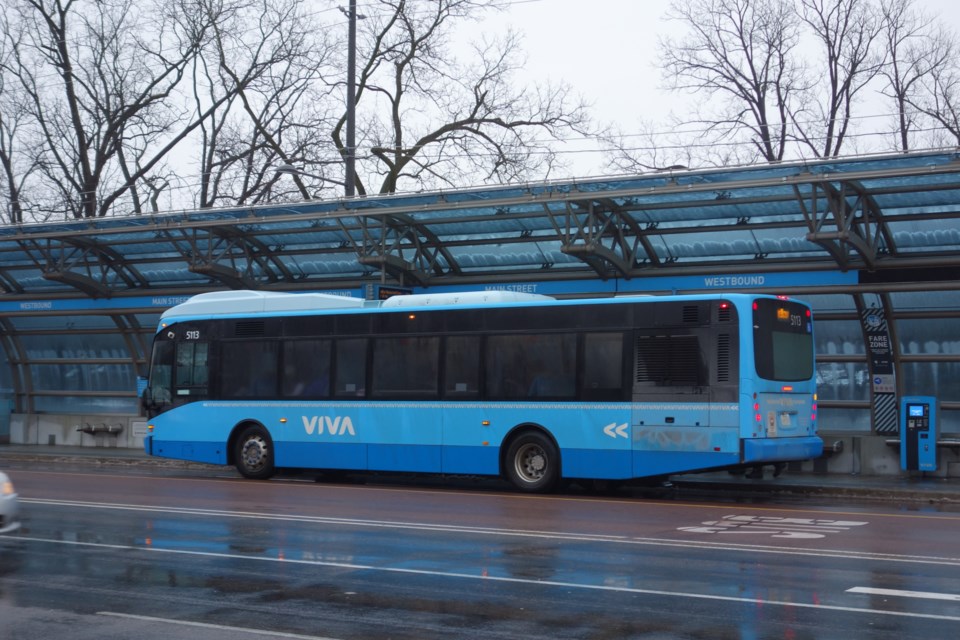 On Nov. 24, 2019, the western segment of the Highway 7 project opened from Bruce Street to Interchange Way / Edgeley Boulevard. In September 2019, the segment on Highway 7 from Bathurst to Richmond Hill Centre Terminal, including the Bathurst & Highway 7 Station, opened three months ahead of schedule. This announcement marks the completion in Vaughan of the design, build and finance project to deliver 12.6-kilometres of rapidway, 10 new stations, raised bike lanes, a multi-use path for cyclists and pedestrians over Highway 400 and a seamless connection to the Vaughan Metropolitan Centre Station.

This is part of the overall 22-kilometre rapidway network that stretches west to east through Vaughan, Richmond Hill and Markham, from Highway 7 and Bruce Street through to the Vaughan Metropolitan Centre, along Centre and Bathurst through to Richmond Hill Centre Terminal, and all the way to Warden Station on Enterprise Boulevard.

In Newmarket, this new stretch of rapidway on Yonge Street, links to the Davis Drive rapidway, making connections to the GO train station, bus routes and the Davis Drive and Highway 404 Park & Ride.

“Today marks an important milestone in York Region with the opening of these new transit projects that better connect our communities together,” said Christine Elliott, MPP for Newmarket-Aurora. “Our government is making public transit more convenient, accessible and reliable as part of our plan to strengthen the economic future of this region and the province.”

“Metrolinx is excited about the progress of this project with the opening of another two bus rapid transit segments,” said Phil Verster, Metrolinx President and CEO. “These key connections to the existing rapidways in Newmarket, Vaughan, Richmond Hill and Markham, and the TTC Line 1 subway, will make getting where you need to go easier and more convenient.”

“Transit remains a key priority for York Regional Council as we work with partners to deliver a wellplanned network connecting to key destinations,” said York Region Chairman and CEO Wayne Emmerson. “When transit works as an integrated system, everyone who lives, works and travels through the Region benefits from more convenient and reliable transportation options and employment opportunities.”

“The opening of the newest vivaNext bus rapid transit project in the Bathurst and Centre Street area, as well as Highway 7 West, builds on our vision to improve streetscapes, upgrade utilities, enhance regional transit connectivity, and make our communities more accessible for everyone,” said Maurizio Bevilacqua, Mayor, City of Vaughan.

“This is an important project that will support the development of growing York Region communities like ours, and benefit the local economy,” said John Taylor, Mayor, Town of Newmarket. “Rapid transit in Newmarket helps ease congestion, reduces travel time for commuters, and builds a better future for our residents.”

This first phase of the Viva bus rapidway network includes 34 kilometres of dedicated bus lanes along York Region’s main corridors and 38 new stations. These rapidways will make it easier to travel in and around York Region by improving travel times and service reliability, and will integrate with other transit services for better connectivity for those working, living and visiting in York Region.

The York Viva bus rapid transit project represents a $1.4 billion (2009$) transit investment from the Government of Ontario, and is part of Metrolinx’s Regional Transportation Plan, a 25-year plan for an integrated and sustainable transit and transportation system in the Greater Golden Horseshoe. The project is funded by Metrolinx, an agency of the Province of Ontario. Visit metrolinx.com for more information.

York Region Rapid Transit Corporation (YRRTC) is responsible for the planning, design and construction of the full vivaNext rapid transit network and related infrastructure to deliver on the transit priorities set out in the York Region Transportation Master Plan. YRRTC is a wholly-owned subsidiary and share capital corporation of The Regional Municipality of York. For more information, please visit vivanext.com