'When you walked into the arena, she would greet everybody with a smile and welcome them to the Town of Newmarket,' says Newmarket Minor Hockey Association president
Jun 12, 2019 8:10 AM By: Kim Champion 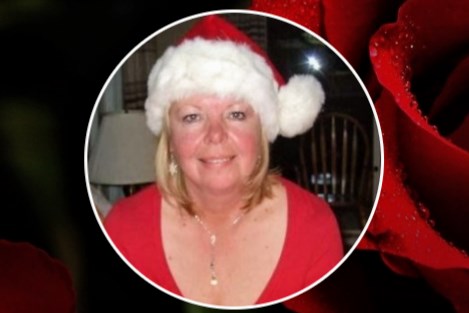 White, who dedicated 30 years of her professional life advancing workers’ rights in Canada for UNIFOR, and volunteered for more than 15 years locally and provincially in the minor hockey arena, died Dec. 14, 2018, after a courageous fight against cancer. She was 58.

That commitment to minor hockey spanned a lifetime, and saw White take on many roles from the bench to the boardroom, including serving as secretary at the Newmarket Minor Hockey Association, and regional coordinator of the Hockey Canada Officiating Program (HCOP).

“Anything that needed to be done she was always there with a smile on her face,” Newmarket Minor Hockey Association president Lynda Carusi said in a tribute video to White. “She’s known for helping out with the referees, and helping out with our Newmarket International Silver Stick tournament, where she volunteered and did that for over 15 years. When you walked into the arena, she would greet everybody with a smile and welcome them to the Town of Newmarket.”

“She lived her life talking about life, laughter and love,” Hutton said during the tribute. “As a coordinator for this region, every official that has been involved in the program for the last 15 or 20 years, they would know Wendy, because Wendy just loved all the referees.”

Newmarket Minor Hockey supervisor Don Ewing said White was like a mother figure to the referees.

“She just wanted to make sure her children were doing well, whether you were a supervisor or just some on-ice official,” Ewing said. “Wendy’s legacy will be carried on through the stickers that one of the supervisors made up.”

Want to stay on top of local news? Sign up for our daily headlines email

The small, round black helmet stickers feature the letters “WW” in white and, within one month of their release, more than $3,500 had been raised in White’s name and donated to the Breast Cancer Society of Canada.

In a tribute posted online on White’s obituary at Taylor Funeral Home, Linda Delves wrote: “It was my husband, Rob, who had the pleasure of working alongside Wendy through their OMHA adventures, as well as having formed a lasting friendship.

“I was fortunate enough to have snippets of time with her, here and there over the last several years. Wendy was an incredible lady and I admired her for her strength of character, her positive outlook on life, and most of all, for her unwavering devotion and dedication to everyone she loved and cared for in her life. Wendy was a giving person who truly made a difference. She will never be forgotten because she has left a beautiful mark on every person whose life she has touched.”

White leaves behind her loving husband Jeff Bulmer, and the pride of her life, her children Steven and Jennifer Huber. Predeceased by her sister Wanda, White is survived by her brother Wayne (Paula), and nieces and nephews Kimber, Rustin, Bruce (Carrie Smith), Alexandria, and Tyler.

The OMHA each year recognizes the outstanding achievements of its athletes and volunteers.

The OMHA Honour Award is a prestigious award presented to a person who has made an outstanding voluntary contribution to minor hockey for a considerable period of time and the OMHA Excellence in Development Award was established to recognize and honour an individual who has made an outstanding contribution to hockey development programming in minor hockey.

Other volunteers recognized for outstanding achievement at the 2019 OMHA ceremony include:

The bursary is presented in recognition of outstanding commitment to community service, athletics and academics and reflects the achievements of a young hockey player who is committed to his or her community, athletic ability and academic achievement. Recipients receive a monetary prize to help with post-secondary education costs.

Colleen McGiniss of the Elmvale Minor Hockey Association was honoured for her 11-year involvement with registration.

The award recognizes exemplary service in the field of sports administration and reflects the achievements of a local executive board member or volunteer staff person toward the efficient operations of an association and the betterment of hockey. The recipient of this award is selected for outstanding leadership within their own association, commitment to their organization and overall involvement in minor hockey.

For more information on the OMHA, visit here.

Lowe's, RONA stores donate $5K to York Region food banks
Jul 3, 2020 5:00 PM
Comments
We welcome your feedback and encourage you to share your thoughts. We ask that you be respectful of others and their points of view, refrain from personal attacks and stay on topic. To learn about our commenting policies and how we moderate, please read our Community Guidelines.